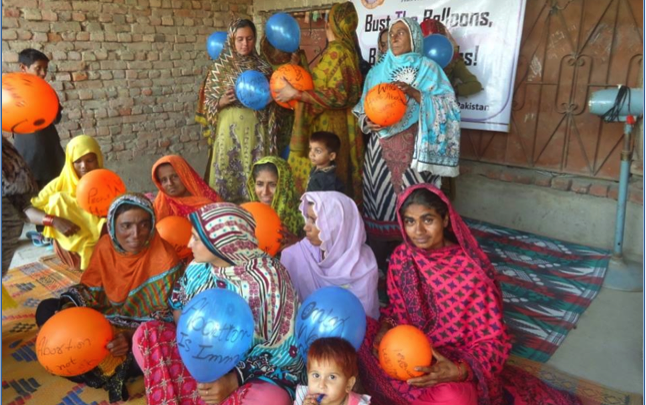 On September 28 the Peace Foundation Pakistan gathered around 25 young girls and women to implement September 28’s Signature Action: Bust the Balloons, Bust the Myths!
We also showed a video on the use of medical abortion in Pakistan. The video and the photos of women in it show the courage of rural women and girls, conveying the message that they should not be afraid or ashamed, but that they are practising their basic rights. We have participants’ permission to use the photos. 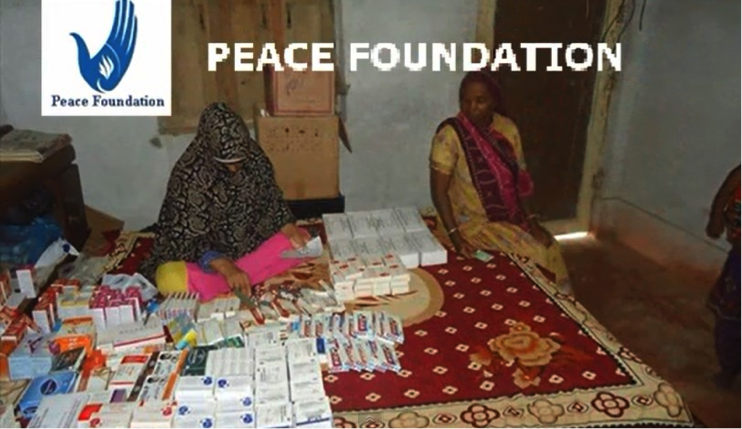 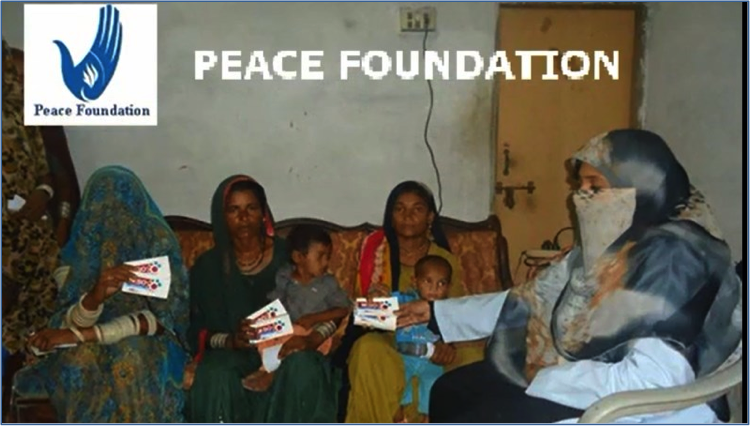 See the video at: http://www.dailymotion.com/video/x343728_28-september-videos-of-misoprostol-users-in-pakistan_shortfilms   (NB: Don’t be put off by the initial advertisements, they only take a few seconds.)
Note: YouTube does not work in Pakistan, we use Daily Motion. You may find more videos regarding misoprostol and contraceptives on Daily Motion. Write ” Peace Foundation” in the search bar of Daily Motion.
We also shared information with the participants about the day and discussed the right to safe abortion. We collected myths and misconceptions connected with abortion from the participants, who described a number of myths. They also shared what male family members say when they explain to them their own support for legal abortion. Balloons were distributed to write the myths on them. All the participants wrote myths and then they busted the balloons, They took great interest in this session.
It was decided to organize such activities in other cities too. Participants emphasised the importance of generating debate on safe abortion rights so that fear and shame can be reduced.