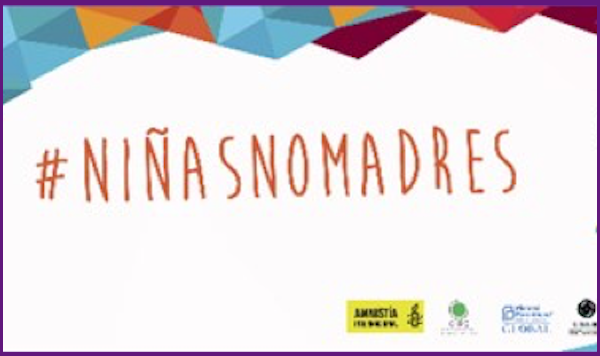 In the framework of the International Day of Action for Women’s Health, the campaign launched a call to women to share on social media what was their dream when they were girls, along with a childhood photo. The response was amazing: women from all over the region lit up social media with the hashtag #NiñasNoMadres. The timelines, full of cute pictures, brought attention to the toll that forced motherhood has taken on thousands of girls in the region. More than 40 national and international media outlets published pieces about the campaign, including Huffington Post, BuzzFeed and  AJ+.

Latin America is the only region in the world where births among girls under 15 years old is on the rise. Forced motherhood in girls is an urgent public health and human rights problem.

Planned Parenthood Global has produced the report “Stolen Lives” in English and Spanish, which summarizes qualitative and quantitative research conducted in Ecuador, Guatemala, Nicaragua, and Peru to document the dire physical, mental, and social health consequences of forced pregnancy on girls living in these countries. This report was used as input for the Hemispheric Report on Sexual Violence and Child Pregnancy recently released by the Organization of American States’ Committee of Experts of the Follow-Up Mechanism to the Belém do Pará Convention (MESECVI), which issues recommendations to States, including “ensuring that all pregnancies in girls are considered high risk and allowing legal termination of pregnancy.”

Join us in demanding a better future for girls in Latin America. Follow the campaign on Facebook @ninasnomadres and visit www.ninasnomadres.org for more information.