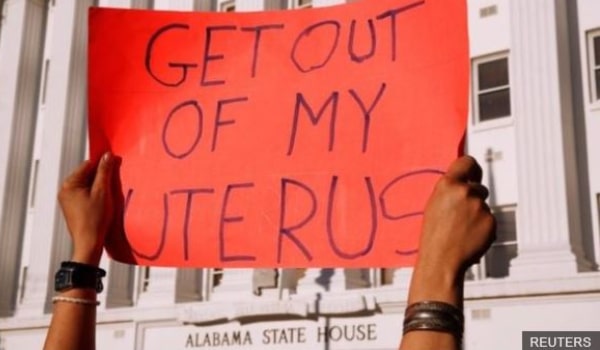 Women across the USA have been sharing impassioned stories of how they terminated their pregnancies following Alabama’s vote for an almost blanket ban on abortion.

The hashtag #youknowme has begun circulating on social media following a plea from US actress and talk show host Busy Philipps, who asked social media users to share their abortion stories, echoing the 2017 #metoo hashtag, which gained momentum when actress Alyssa Milano asked victims of sexual assault to speak out. High profile celebrities across the country have also come out in opposition to the bill. A tweet y Lady Gaga on 15 May had over 55,000 likes, for example.

Here are a small selection of the tweets by people at the #youknowme Twitter page:

The #youknowme hashtag contains a lot of deeply powerful testimonials but it just kills me that every time something awful is happening, women have to air out their traumas to make you see us as people.

Let me point out that Alabama and Missouri have passed these bills stating it is to preserve ALL life. Yet, both states still have and use the death penalty. Alabama has an execution scheduled for today. It’s not about life. It’s about control and religion.

Regarding #youknowme. Brava to all the folks out there disclosing. But for those who haven’t or can’t: you don’t gotta tell anyone jack shit. Not even for feminism.

#youknowme Where are the MEN? Many make this choice with their partners. Many men pay for abortions, some force women to get them, and some men make thoughtful decisions about family planning. Why is this a “women’s” issue? Be courageous, MEN, and tell your stories too!

My boyfriend at the time said I could either have an abortion or he could beat “it” out of me. I cried the entire time. And months after so hard I would vomit. I count the age with every passing year, But it’s probably the only reason I’m alive today.

2 years ago I was raped by a Texas police officer. A woman should never have to explain. Her body. Her property.

If you think you don’t know anyone who has had an abortion, that’s because no one you know has felt safe enough with you to share their truth with you.

I went to the doctor for heavy bleeding between periods. Turned out my IUD implanted itself an inch into my uterine wall, & I was 6 weeks pregnant. Every time I moved wrong, the tear in my uterus got a little bit bigger. Abortion saved my life & let me heal.

I’m a male, a father of two daughters, a brother to three sisters and my mother’s son. My opinion doesn’t matter, nor should it! But the #AlabamaAbortionBill is hideous and abhorrent!
SOURCES: BBC, by Rozina Sini, 16 May 2019 ; #youknowme ; PHOTO