Home » News » UGANDA﻿ – Why we should prevent unsafe abortion﻿ 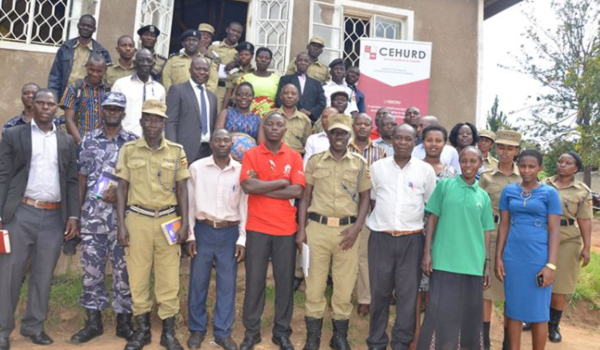 In July 2018 a woman living in a Kampala suburb hired a 17-year-old maid. She soon noticed the maid tended to sleep a lot and was also using a lot of sanitary towels. A week later, the girl admitted she had abdominal pain, and there was growing evidence that she had intermittent bleeding from her vagina, including episodes of heavy bleeding. The woman made an appointment to take her to a gynaecologist. At first, the girl tried to refuse and said she wanted to go back to her home village, but she looked as if she was becoming dangerously anaemic. She then confessed she was pregnant, by one of her teachers, and that her brother had taken her to a clinic for an abortion. The woman tried to find post-abortion care for her. One clinic refused to treat her because they were Catholic funded. Several private clinics asked for a lot of money. Then they went to a government facility, which provided very good care. The doctor said that had she not been treated quickly, she would have suffered heavy bleeding and sepsis, and might have lost her uterus. Fortunately, she recovered.

A personal experience of unsafe abortion like this one, which opens a news article, is something that is happening more and more in the mainstream online news media in several countries. The journalist is aware of the extent of unsafe abortion in the country and opens with a personal story to illustrate this. The article then often provides data on the extent of unsafe abortion, what is in the law, and how there are serious barriers to safe abortion. The need for change is called for, the article talks about what if anything is being done, and may then either report on a national meeting on the subject or an interview with an advocate for safe abortion. In the article that opens with the above personal story, the person interviewed is Joy Asasira from CEHURD in Kampala, a Campaign member working for reduction of maternal mortality, including from unsafe abortion. The article is sympathetic to women’s situations and needs and talks about what is needed.

A comparable article was recently published in Kenya too. It focuses on the prevalence of teen pregnancies and calls for combined efforts to reduce their numbers. The Kenya Demographic Health Survey 2014 found that the prevalence of teen pregnancy in different parts of the country ranged from 15-33% of all pregnancies. The article reports that rape and incest, inadequate sex education, inaccessible family planning services, poverty, and anti-family planning campaigns by the church have all been blamed. The rest of the article, written with the Network for Adolescent and Youth of Africa, Kenya, is about ways to try and change the situation.

Why are we seeing more stories like this? Part of our coordination work is putting journalists in touch with Campaign members and vice versa, and these contacts provide supportive journalists with information for such articles. New Vision, who published this story, describes itself as Uganda’s leading daily news source. We look forward to sharing these news stories with the whole membership too!