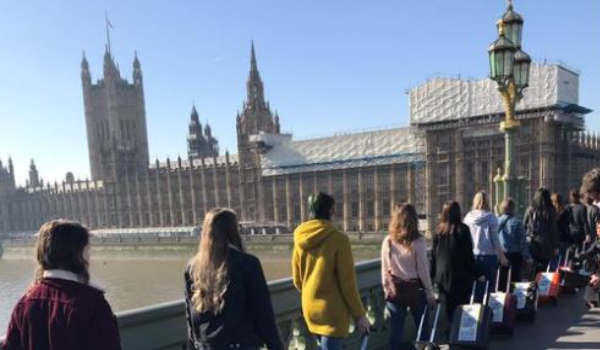 On 26 February 2019, 28 women walked over Westminster Bridge to the UK Parliament in solidarity with the 28 women who every week have to fly from Northern Ireland to the rest of the UK for an abortion. The women included actors Siobhan McSweeney and Nicola Coughlan, stars of the hit television show Derry Girls. The march called for the extension of abortion rights to Northern Ireland.

Their suitcases contained sheets of paper with the names of 62,000 people who have called for the decriminalisation of abortion in Northern Ireland.