Home » News » MEXICO – President wants a referendum on abortion, but rights are not the subject of personal opinion﻿ 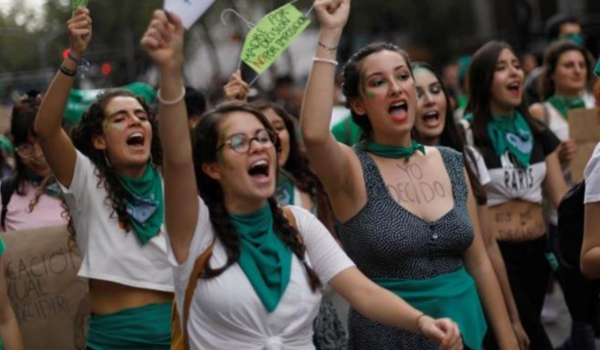 Mexican President Andrés Manuel López Obrador has said he wants a referendum on abortion, even though his ruling party, Morena, has sufficient votes in Mexico’s federal congress to begin a constitutional reform process to decriminalise abortion up to 12 weeks. His announcement sparked immediate opposition from abortion rights advocates.

Mexico’s 32 states consider abortions criminal unless the pregnancy results from rape or if it endangers the woman’s health and life or because of fetal abnormalities. Mexico City is the only jurisdiction that permits abortion on request up to 12 weeks. More than 2,000 women have been prosecuted for “terminating a pregnancy” since 2015, according to Mexico’s National System for Public Safety. In 2018, prosecutors in 28 of Mexico’s 32 states opened investigations into 570 women for this reason, the highest number of cases in four years.

Holding referendums has become a feature of the president’s governing style, it seems. Last December, soon after entering office, he held one that resulted in cancellation of construction of a new international airport in Mexico City. He says he does not want his government “imposing” significant changes on Mexico’s citizens without their approval. “Any time political issues have to be decided, we are going to say, ‘Let’s have a democratic referendum,’ he said at an event to mark International Women’s Day. Women’s rights activists wearing green scarves gathered in Mexico’s National Palace to hear him speak. But they rejected his proposal to put women’s rights to a vote. One woman carried a banner proclaiming: “There’s no going back on women’s rights.”

Al-Jazeera reports that abortion law reform was not one of Lopez Obrador’s campaign promises, but women members of his government have come out strongly in support of law reform both before and since the elections. Since the new Congress convened last September, at least three separate proposals to legalise abortion have been presented in the Chamber of Deputies. One such initiative has been referred to the Commission of Justice and the Commission of Gender Equality for consideration and also to the Commissions on Human Rights and on Health for their opinions. On December 21, the Commission on Human Rights became the first committee to approve the bill. It has also won the backing andsupportof Morena party member and president of the Commission on Health, Miroslava Sánchez Galván. The bill is set to be considered by each of the other commissions in turn later this year. In the Senate, a number of Senators have also thrown theirsupportbehind a proposal to legalise abortion by amending the country’s constitution.

In a 2017reportthat spans 10 years of data, the Mexico City government said that the majority of the women who had abortions in the capital were residents, though women from every other state in the country had also travelled to get an abortion there, highlighting a demand for the practice across the country of 61 million women. “This effectively makes us second-class citizens,” says Francisca Duarte, sociologist and member of the feminist organisation Observatorio Feminista Clara Zetkin in the northern state of Sonora, located some 2,000 km away from the capital city. “There are women in the central region of the country that enjoy rights that the rest of us don’t.”

Meanwhile, politicians in at least 10 other states in Mexico have proposed new legislation either for or against decriminalisation since the elections. Abortion rights groups are pushing for a reform of the country’s health law and criminal code that would effectively force the states to either comply or fight back in the courts. The process can be long, reports ReginaTames of GIRE, but considering that the Morena party won a majority in 19 of the 26 state congresses that held elections in 2018, there is a possibility these states will all back a federal reform.

“It would be disheartening to see, six years from now, that the law didn’t change,” Tames says, referring to the president’s term in office and his party’s current influence in local governments as a real opportunity for change. “If it stays the same it would give us reason to pause and think about how Mexico truly sees its women”.