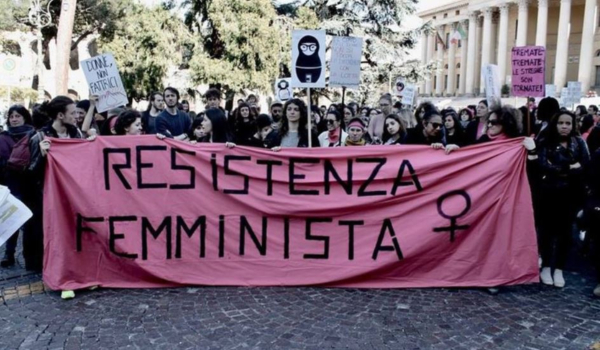 Pro-choice activists took to the streets of Verona on 31 March to protest against a US-funded anti-abortion conference attended by Italy’s Interior Minister Matteo Salvini, whose coalition partner Luigi Di Maio described anti-abortion rhetoric as medieval. Vice Premier Salvini did say, however, that the question of legalised abortion is not on the government’s agenda.

Academics and political liberals came out against the Congress, and a coalition of some 30 civic organisations collected 147,000 signatures to call on the regions of Veneto and Fruili-Venezia Giulia and the city of Verona to withdraw their sponsorship of the event, though unsuccessfully. Facing political pressure, however, Premier Giuseppe Conte’s office did withdraw its support.

Yuri Guaiana, a spokesman for LGBT rights group All Out, said Italy is a natural target for such an organisation: “Italy is a country that has a very recent history of democracy. Rights like the right to choose for women what to do with their body and the right for same-sex couples to be recognised are very, very recent. So they’re probably trying to pick on Italy because it’s probably the most fragile country in Western Europe.”

Although media sources have picked up on the anti-abortion group calling Verona the city of Romeo and Juliet to promote their conference, it isn’t clear why two lovestruck teenagers who were not married and died cruel deaths unnecessarily because of the hatred between their families were considered an advertisement for an anti-abortion meeting.