Home » News » CONSCIENTIOUS OBJECTION 2, CHILE – The misrepresentation of conscientious objection as a new strategy of resistance to abortion decriminalisation ﻿ 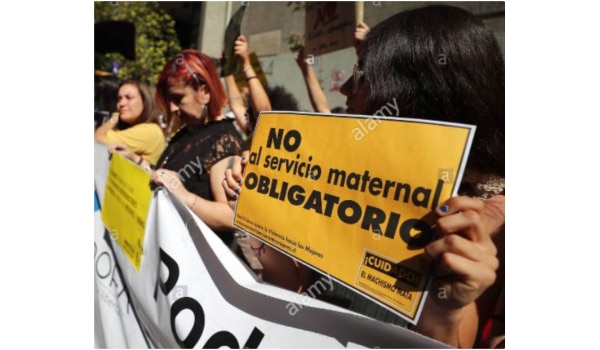 In Chilean history, abortion for therapeutic reasons was allowed until 1989, when a complete ban on abortion was established at the end of the military regime. It was not until August 2017, 23 years after the return of democracy, that Congress decriminalised abortion on three grounds: risk to the life of the pregnant woman, rape, and cases where the fetus is non-viable.The law opened a strong debate about the scope and eligibility for the right to conscientious objection, not only for an individual, but also on an institutional basis. When initially approved by Congress, the bill only included the right to individual conscientious objection for the surgeon who would perform the abortion and the rest of the professional staff present in the surgical ward during the intervention. It prohibited institutional conscientious objection:“Conscientious objection is of a personal nature and in no case may it be invoked by an institution”.However, before publication of the law in 2017, the terms were modified by the Constitutional Court to recognise institutional conscientious objection. The right to object was also extended to non-professional health personnel working in the surgical ward. Moreover, the Constitutional Court eliminated, without explanation, the rule that prevented the objector from excusing himself or herself in cases of imminent expiration of the established deadline in the event of rape, and only maintained the exception in the event that the woman’s life was at risk and requiring imminent and unpostponable care.

[This led to…] a radical change in the way of thinking about health in Chile, which is captured, to an important extent, by a market-oriented logic. A second decision of the Constitutional Court on conscientious objection, issued in January 2019, made this explicit:“…the current Constitution does not give the State a ‘preferent’ role in the provision of health care services, but entrusts this operation to ‘public and private institutions’”….

Under this logic, law professors have argued that private gynaeco-obstetric health institutions can refuse to perform abortions, just as surgeons are free to offer or deny gastric sleeve surgery or kidney stone treatments in their practice.Using this argument, right-wing Congress members challenged the prohibition on invoking conscientious objection which the Ministry of Health imposed on private health institutions that (a) held agreements with the State and (b) received public funds to provide gynaeco-obstetric services to public health beneficiaries. The Court stated that under the Constitution private health institutions are free to choose which services to offer without needing to resort to conscientious objection, and ruled that the right to institutional conscientious objection is applicable to private facilities holding State contracts.Herein emerges the first problem in not offering a service: how to distinguish the scenario of conscientious objection, (which should be kept as exceptional and regulated) from the scenario that simply appeals to freedom of association or business…

… The implementation of abortion laws around the world is suffering setbacks due to these ways of interpreting the work of health professionals. What happens in Chile is likely to influence sexual and reproductive health policies in the rest of Latin America. Although the arguments we criticise in this paper may seem unsound, we should not underestimate their impact…