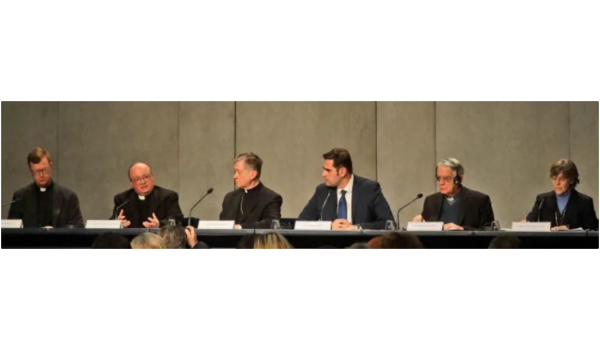 Sarah Thomas, a young woman who learned she was the daughter of a priest when she was 12 years old, has interviewed people all over the world whose fathers are Catholic clergy. During the week of the Vatican meeting on child sexual abuse, she told CBC Radio, the Vatican had confirmed the existence of adocument that outlines how to dealwith Catholic clergy who break their vow of celibacy and father children. The document apparently says that protection of the child is paramount as the fundamental principle. But the guidelines request – not demand – that the priest leaves the priesthood to assume the responsibilities of helping [to] raise the child.

Thomas says that one thing that’s common across any country with children of priests is the secrecy. Over 70% of the people she has interviewed say they feel shame and stigma. The child’s welfare is not put first at all, she says, and neither is the mother’s. Also, by suggesting, as the Vatican document does, that the priest leaves the priesthood, it helps to further the secrecy, because the priests will not be open with their bishop about having fathered a child, because they don’t want to leave the church.

As for the mothers, Thomas spoke to a woman in Colombia who said that if the community finds out the child was fathered by a priest, she feared the child would be taken away from her. So everyone has a good reason to keep it a secret.