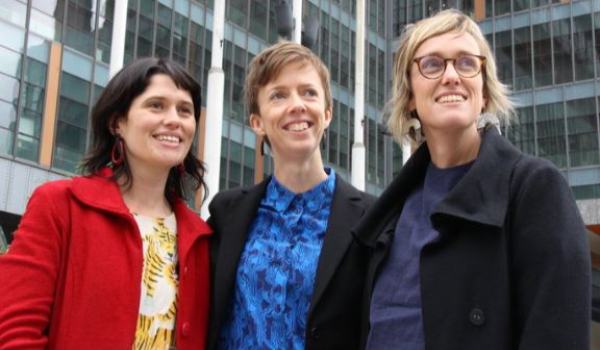 The good news: Big win for women’s reproductive rights in the High Court

On 10 April, the Human Rights Law Centre (HRLC) reports, in a landmark decision, the High Court confirmed that women have the right to safely and privately access reproductive healthcare without being accosted and intimidated. Four years ago, they played a central role in establishing safe access zone laws in Victoria to end the abuse and harassment that women and health clinic staff had endured for decades. Their progress in Victoria helped establish similar laws in Queensland, New South Wales, the Northern Territory and Australian Capital Territory. Anti-abortion activists challenged these laws in the High Court. Together with an expert pro bono legal team, HRLC intervened in the case to defend safe access zones and won the case.

In coming months, they say they’ll be pushing for the modernisation of archaic laws that suppress a woman’s right to decide what happens to her life, her body and her future.

The bad news: Tabbot Foundation has closed down

In the last week of March 2019, the Tabbot Foundation, founded in September 2015 by Dr Paul Hyland, closed down. The cost of running the service, in a country where grants, government subsidies and benefactors do not exist for such things, was too much. Dr Hyland even sold his own house to try and keep it going. In those short 4+ years, however, the Foundation developed a new, 21st century model of service delivery – telemedicine – for providing medical abortion pills that was completely women-centred. And they provided medical abortion pills via telemedicine to some 6,000 Australian women in almost every part of the country, except South Australia, where it is still illegal to have an abortion outside a hospital. “I remember once doing a consultation with a patient [while she was] on the back of a horse mustering cattle in New South Wales,” he told Buzzfeed News.

“After we finish the last 20 patients that we have registered it is over, with great regret and remorse,” he told BuzzFeed News before they closed down. “For the first time in my life I won’t have to be on-call 24 hours a day… Without the uniqueness of telemedicine, there will not be a service available in many rural, regional and remote areas. Unless there is a GP who prescribes (only 1,500 of Australia’s 35,000 GPs are registered prescribers), this will require the woman to drive large distances or not avail herself to the abortion at all.”

He stressed that the Tabbot Foundation was not shutting due to a decreased demand; in fact, the demand for medical abortion pills is growing in Australia, and the approval of women who used their service was very high.

Earlier this month the federal Labour Party promised, if elected, to address access and affordability issues with medical abortion pills. It would also support the training of more GPs to prescribe them. But that’s a big if and will take quite a lot of time.

Meanwhile, we hope to be able to report that the Tabbot Foundation has been taken over by supporters with the resources to re-open those phone lines again very soon, for women’s sake.