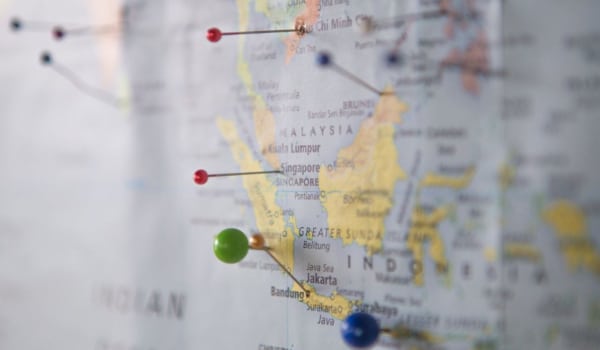 Among the thousands of personal abortion stories being shared in the USA right now, many of them are from people who have more than one abortion. Many women have felt unable to share this part of their history. Karen Thurston, an advocate, has started a website for women who have had more than one abortion, to share experiences and be able to talk about it, with the aim of exploring and destigmatising why it happens. The website says: “We champion the global human right to abortion and reproductive justice. Our mission is to create a compassionate world for everyone who ends a pregnancy, leaving no one out. We are volunteers working to expand the circle of compassion to embrace people enduring extreme stigma, emphasizing those of us who have had more than one abortion. We create community as we share our stories, support each other with messages of kindness, and challenge the emotional violence of abortion stigma.”

Here are some examples she found on the #youknowme page of those who said they had had more than one abortion – nearly 200 tweets by 19 May and the list was still growing:

“I didn’t think twice about either of my abortions, so I didn’t understand why I felt such deep shame afterwards. I didn’t feel guilty for what I’d done. They were both unquestionably the right option for me and I know that, but I felt all this guilt for not feeling guilty.”

“I’ve had two abortions. The first at 26 with my drug-addicted boyfriend, who rightly told me he was in no shape. The second at 27, with a casual boyfriend I knew I would never really love.”

“Me too. Two wonderful, wanted and happy grown kids. Two abortions caused by terrible men who bullied a lonely, gullible young woman into sex (birth control was really expensive then). Thankful I had that choice.”

“Three actually. Ad somehow that number, three, cause HUGE shame and guilt for so many years. But waiting, as I did, made me an awesome, mature, unconditionally loving healthy mother when I was finally ready.”

“A friend had five abortions. The 1st was when she was impregnated as a young teen by her youth pastor. The 2nd was when her 1st marriage was falling apart. The 3rd & 5th were because her life was in danger. The 4th was because the fetus had a fatal abnormality. She’s not a moron.”

“I never wanted children. Does that mean I should’ve never had sex? I was on the pill before I was sexually active but it failed. I didn’t ask to have the ability to conceive, and it’s always been an unwelcome part of womanhood for me. Twice in my early twenties. No regrets.”

“I’ve had two abortions. One through the pill and one D&C. Neither were medically necessary, both were ludicrously expensive, painful and isolating. I would and will do it again if I get pregnant because the only thing I’m gestating right now is a masters in social work.”

“I have three grown sons. I have been pregnant 10 times. I had 4 miscarriages. You do the math. The rest of it is no one’s business. I worked in an abortion clinic in NYC in the 70s and held the hands of thousands of women.” #NationalTellAStoryDay #IHadAnAbortion