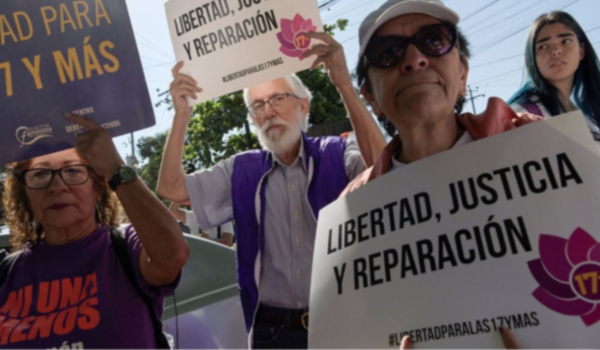 The Supreme Court of El Salvador has commuted the sentences of three more women from among “Las 17”, some of whom have been in prison for a decade and more, who were all prosecuted and imprisoned after suffering miscarriages, stillbirths and other obstetric emergencies. The three women, Maria del Transito Orellana, Cinthia Marcela Rodriguez, and Alba Lorena Rodriguez were met by a group of supporters, family members and in at least one case their children, when they walked free on 7 March.

Since abortion was banned under all circumstances in 1998, dozens of women have been sentenced to up to 30 years each for so-called abortion-related crimes, often for homicide. The Agrupación Ciudadana has worked tirelessly with expert human rights lawyers using strategic litigation to prepare appeals for each of the women. These are now coming to fruition. In 2018 and 2019 so far, 13 women have been freed. But there are more still inside. And the work to free them goes on.