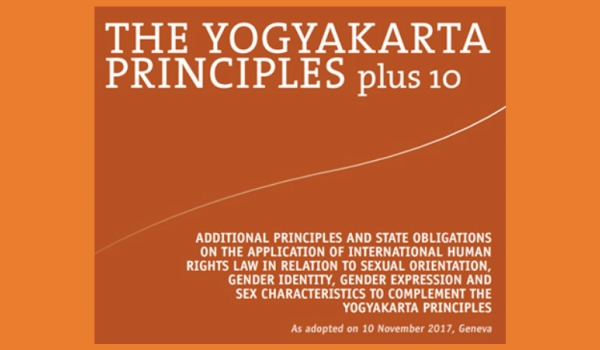 The “Yogyakarta Principles plus 10” were released on 27 November by a group of 33 international human rights experts following a meeting in September 2017 in Geneva. The new principles reaffirm and expand understanding of international human rights law relating to sexual orientation, gender identity, gender expression and sex characteristics.  They call for renewed action worldwide against violations and discrimination.

This meeting followed a period of open consultations, led by the International Service for Human Rights and ARC International. An expert Drafting Committee synthesised the feedback, and a Secretariat was established that supported the process.

French, Spanish and Chinese versions will follow first, and Arabic and Russian versions will be rolled out in the early part of 2018.