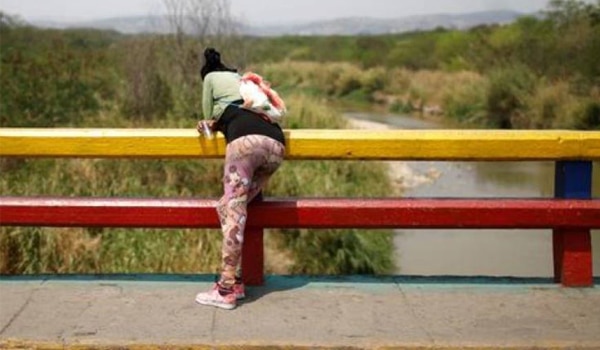 Below is an excerpt from an opinion piece by Viviana Waisman of Women’s Link Worldwide, published by Thomson Reuters Foundation News on 28 September 2019. The full text is available here.

OPINION: What the lack of access to safe abortion means for migrant women

Even in countries
where abortion is legal, there are still barriers that disproportionately
affect migrant women

“Like thousands of Venezuelan women, Patricia* migrated to Colombia,
fleeing the humanitarian crisis in her country in search of a better life for
herself and her three young children. Once in Colombia, her husband abandoned
her and their children when she got pregnant again. Unemployed and without a
partner, Patricia felt unable to raise another child. In a state of severe
emotional distress, she sought to terminate her pregnancy. In Colombia,
abortion is allowed if there is a risk to the health of the pregnant woman,
including to her mental health. Despite having completed all the required
psychological evaluations, the hospital refused to perform the abortion,
telling her that, as an undocumented migrant, they would not perform the
procedure in the public healthcare system.

“Unfortunately, Patricia’s story is not isolated, and this is not just
something that happens in Colombia. There are an estimated 258 million
international migrants worldwide, and even though world leaders included the
right to universal health coverage in the Sustainable Development Goals in
2015, the reality is that migrants with irregular migratory status have limited
access to services in public health systems around the world…

“Many countries have laws that grant rights to women, but at
the same time they restrict migrants’ access to healthcare, especially if they
do not have residence permits, creating societies that blatantly discriminate
against migrant and refugee women and girls. For example, in Spain, women have
fought for and obtained liberal abortion laws for all women, regardless of
nationality. And yet, other laws and lengthy administrative wait periods
operate in a manner that effectively denies this right to undocumented migrant
women, treating them as second-class citizens.

“This discrimination impacts women in the most vulnerable situations, such as women who have been victims of human trafficking. Women who faced severe violence, including sexual violence, at the hands of traffickers are then subjected to treatment that impacts their physical and mental health, such as being forced to wait weeks for legal abortions or being treated in a degrading manner by those that have the responsibility to provide them with needed healthcare services….” FULL TEXT: Thomson Reuters Foundation News, 28 September 2019

Image: Cross-border bridge between Colombia and Venezuela, by Marco Bello/Reuters