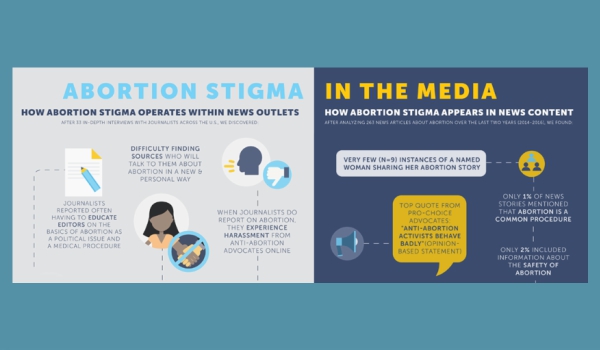 Objectives: Because news frames can influence public and policy agendas, proponents of abortion access should be concerned with how this issue is covered in the news. While previous research has examined the content of news on abortion, this analysis explores the process of news-making on abortion, examining how journalists understand their role in and experience of covering abortion.

Results: Journalists described many challenges that applied to reporting generally, but that they perceived to be more difficult around abortion: grappling with the meaning of “neutrality” on this issue, finding new angles for articles, and handling editors with varying knowledge of abortion. Over one-third (n=13) of participants mentioned feeling that the stakes were higher around abortion: this urgency and polarization left journalists frustrated by efforts to find new sources or angles on abortion stories. Finally, over 80% (n=28) of participants reported experiencing anti-abortion harassment as a result of their abortion work.

Conclusions: The difficulties journalists described when reporting on abortion were often rooted in abortion stigma and the political polarization around the issue. This pattern was true even for reporters who worked to counter abortion stigma through their reporting.