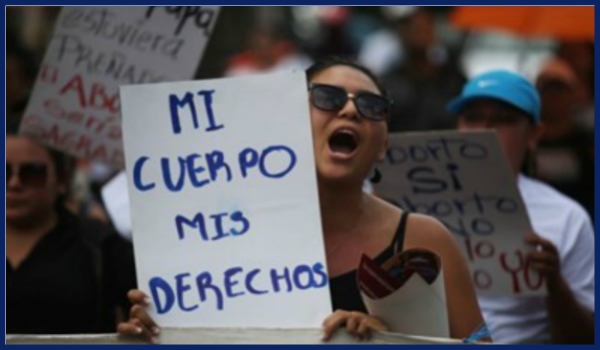 Zeid Ra’ad Al Hussein, the United Nations High Commissioner for Human Rights, said in a statement on 17 November that El Salvador should apply a moratorium on laws that punish women with harsh jail terms for having an abortion while it reviews cases of those already incarcerated. He spent part of his two-day trip to the country meeting with women imprisoned for the crime of “aggravated homicide” due to what he described as obstetric emergencies.

“I am appalled that as a result of El Salvador’s absolute prohibition on abortion, women are being punished for apparent miscarriages and other obstetric emergencies, accused and convicted of having induced termination of pregnancy,” he said in a statement. He called on the authorities to conduct a review – by presidential decree, carried out by an expert committee that would include international members – of all cases of women detained for offences related to abortion and also include those who have had miscarriages and stillbirths.

The Agrupación CIudadana por la Despenalización del Aborto says there are currently 27 cases in which women have been sentenced to jail terms of six to 35 years, all of the women poor.