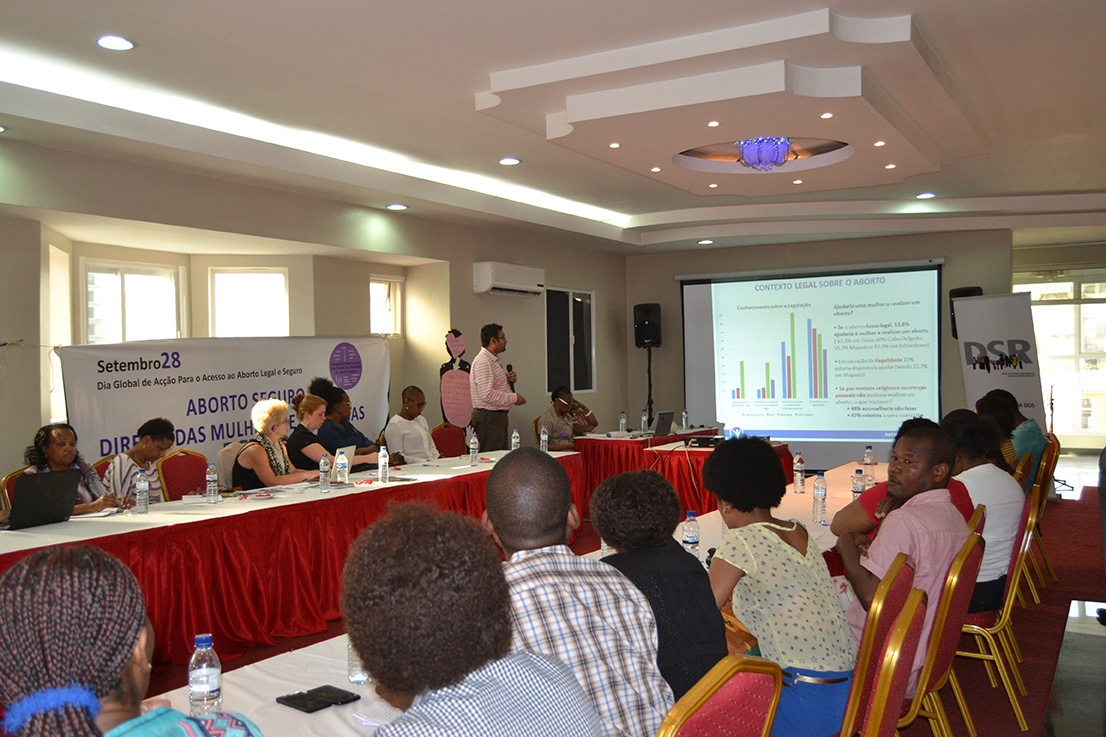 In Mozambique, the Coalition for Sexual and Reproductive Rights hosted an event on the current state of abortion in the country (including the implementation of the new abortion law). With 65 people in attendance, the event was a huge success. Female mannequins were placed at the entrance of the hall as well as in the street, with signs inviting people to leave messages related to safe and free abortion.

Pathfinder’s Riaz Mobaracaly presented results of a survey on knowledge and perceptions related to abortion. Results revealed that in general providers and leaders believe women have the right to choose the number of children they want, but when it comes to abortion, most of them agreed that the husband’s consent is required. In fact, most of those interviewed consider abortion a crime, a sin, or not acceptable. Around 54% of providers interviewed reported that in a legalized context, they would help a woman have an abortion.

A debate followed the presentations with participants expressing their concern about the high control over women’s bodies that the survey found; the need to ensure effective implementation of the new law; the need to remember socioeconomic considerations in the regulation; the need to address the issue of the cost of safe abortion; and also for civil society to consider working with traditional healers and police officers to raise their awareness about the new law, women’s rights, and the risks of unsafe abortion.