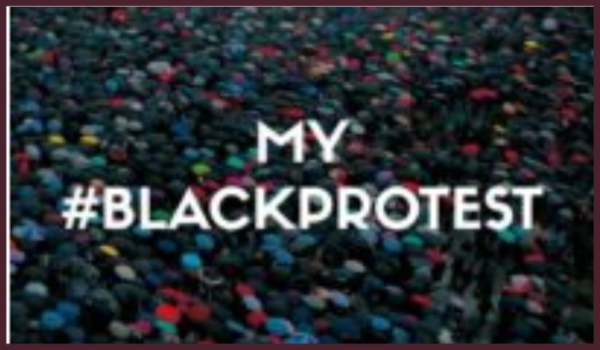 by Great Coalition for Equality and Change, Poland

The ongoing battle around fundamental reproductive rights in Poland becomes even more fierce. Since mobilization of pro-choice-minded people on the third of October in both 2016 and 2017 the major decision-makers have repeatedly suggested that they would support an abortion ban in cases of fetal malformation. Therefore, the Great Coalition for Equality and Choice would like to call your attention to our latest publication about the Black Protest and, more broadly, people’s personal stories about the moment when the personal became political for them. It portrays contemporary Poland mostly from the perspective of medium-sized cities and small towns.

What were the women really fighting for in the Black Protest and other pro-choice initiatives of 2016? The answer is: they were fighting for everything. They were fighting for their very lives. The governing Law and Justice Party added a single stone to the huge pile that women in Poland are already forced to carry, and that one stone started an avalanche. The experience is recorded in the stories collected in this volume.

We kindly invite you to read the introduction MY #BLACKPROTEST and then dip into our My #Black Protest E-Book, which has personal stories of who has fought for reproductive rights and why. Please also share, e.g. via social media.