On a wall in Poland: In view of the most recent events we recommend WomenHelpWomen.

And remember: In Slovakia the clinics are the cheapest and Berlin is the closest. 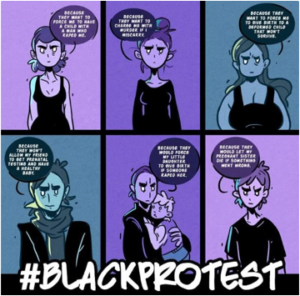 ASTRA and Federation for Women and Family Planning

Thousands of participants across Poland took to the streets on 25 September against the bill advanced by the ruling party, which would criminalise all abortions. The gatherings took place in Poland’s ten biggest cities and also in other major cities worldwide under the slogan #CzarnyProtest (Black Protest), put forward and organized by Dziewuchy dziewuchom (Wenches to Wenches), a feminist organization which opposes the strengthening of the current abortion regulations. On Twitter, the hashtags #blackprotest #czarnyprostest are among the top trending ones in support of protesters against the abortion law.

Groups in Poland have called a national women’s strike on 3 October to voice their opposition to a the bill intended to criminalise all abortions as well as sexuality education and antenatal screening. The idea of a strike is inspired directly by Icelandic women, who went on strike in 1975, but in this instance it is in reaction to the Polish government’s attempts to further tighten the already very restrictive law on abortion.

This is a completely grassroots initiative – people are discussing possible activities and potential moves via internet, planning protests across Poland but also in other cities (e.g. Reykjavik, Paris, London, and many more).

How can YOU support? Please show your solidarity with Polish women fighting for their basic human rights in the middle of Europe in the 21st century by posting photos of yourself in black clothes with hashtags #solidaritywithpolishwomen, #czarnyprotest, #blackprotest. 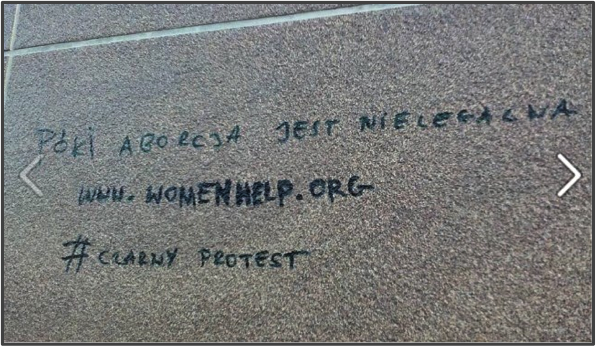