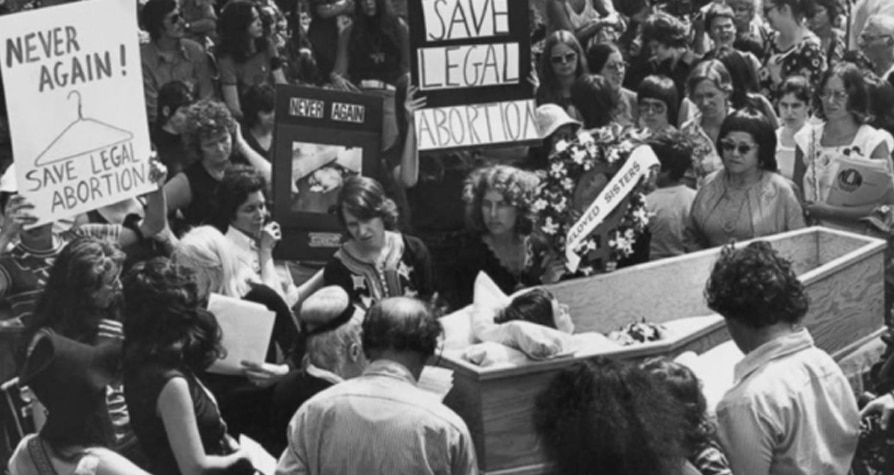 “Never again. It’s this phrase, with an accompanying illustration of a coat hanger, that has become a recurrent visual in worldwide women’s marches. It symbolizes a dark history for many and a dark current reality for too many still.”

“Today is International Safe Abortion Day. This day originates in Latin America and the Caribbean where women’s groups have been mobilizing around September 28 the last two decades to demand their governments to “decriminalize abortion, to provide access to safe and affordable abortion services and to end stigma and discrimination towards women who choose to have an abortion.”

“In high school, it was the visual of Dutch feminist protesters in the 60s and 70s, pictured in my society sciences book, who took to the streets with the Dutch phrase ‘Baas in eigen buik’ (roughly translated as ‘Boss in my own belly’) that sparked my first interest in feminism. Years later, I remain humbled by the efforts of feminists in my own country to achieve the right to decide. Before 1984, it was illegal to conduct an abortion in the Netherlands, which meant women and gender diverse people with wombs had to risk their health to terminate an unwanted pregnancy. They would use objects like knitting needles or coat hangers, or intentionally fall, to hopefully end the unwanted or unintended pregnancy. Feminist activism, a sexual revolution, a declining influence of religion and legalization in other countries are considered contributing factors to the end of the criminalization of abortion in the Netherlands. And thus, we finally became bosses in our own bellies….”