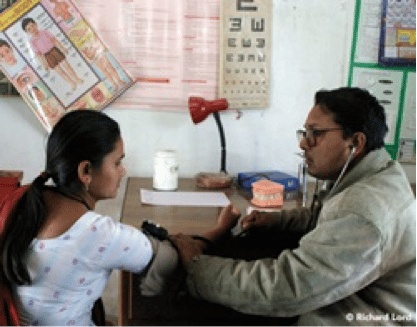 The Ministry of Health and Population, Family Health Division, Ipas Nepal and other partner organizations jointly organized the first Safe Abortion Day in Nepal on 26 September, 2015. On the special event of the day, the Minister of Health and Population of Nepal, Director of Family Health Division, Director of Planning Division, National Health Training Center, and other senior officials from the Ministry of Health and Population and partner organizations attended and discussed the importance of safe abortion, current progress, challenges and way forward. Media persons from different media houses also attended and captured the news in their respective newspapers and radio programmes.

Two television talk show programmes were organized and broadcast nationwide. In addition, Family Health Division published a one-page special document in a daily newspaper which consists of messages from the Health Minister, Health Secretary, Director General and Director of Family Health Division. A fact sheet was also published in the Nepali language about the current situation of safe abortion in Nepal.

In a major step forward for women’s access to safe abortion care, the government of Nepal announced in July 2015 that abortion services will be available free of charge at public health facilities. Abortion is available in all 75 districts, but cost has been one of the key barriers preventing many women from getting services. Women’s health and reproductive rights organizations, including Ipas, had advocated for the policy change, which was announced by the Minister of Finance. “It was a collective effort by partner organizations,” according to Madhabi Bajracharya, Ipas Nepal programme advisor. “Our advocacy has paid off, and we are proud that we have helped to ensure the reproductive health and rights of women in Nepal.” Ipas is now working with the Ministry of Health and Population and other government officials to ensure that free services become a reality. A working group has been formed to develop implementation guidelines and set budgets for covering supplies and other costs.