Now what? Challenges of implementing a new law that decriminalizes abortion 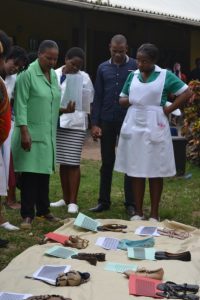 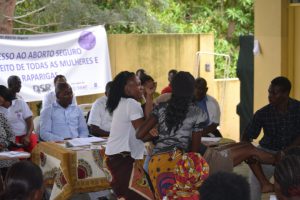 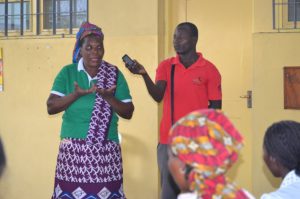 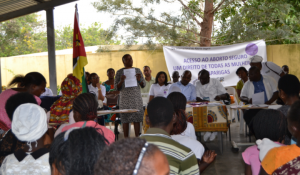 In Manhiça, a town one hour outside of Maputo, the Coalition for Sexual and Reproductive Rights organized an event to mark International Abortion Day. On the premises of the district hospital, the Coalition gathered health providers, health authorities from the district level, representatives of different institutions, local leaders, and of course many women, and a few men, from the town and from the health facility where they were providing/seeking health care services at the time.

The event included the testimonies of a woman from the community who shared her personal experiences dealing with the complications, struggle, and even death as a result of unsafe abortions. A local leader also contributed and reflected on the existing stigma surrounding abortion in the community and noted the importance of educating men and women in the community, in order to end the myths of abortion that contribute to discrimination against and stigmatisation of women. This is especially important seeing that the new law has made abortion legal in certain circumstances. A representative from the district health services addressed how influential the implementation of the new law will be in the reduction of maternal mortality and morbidity.

The event included the initiative “Step into Our Shoes,” which is symbolic and represents the real stories of women who have had abortions. This display calls attention to the diversity of women who choose to terminate a pregnancy and the different situations they experience when making this decision. The display is also a symbol of agency and diversity, which are integral components of our ongoing efforts to utilise and advance a positive, “normalising” framework in our abortion advocacy.

Finally, a theatrical performance brought the audience closer to the story of a young girl who experienced an unsafe abortion. This play is intended to be used broadly to sensitise communities to the risks of unsafe abortion and to inform others about the current law, as well as about the uptake and importance of contraceptives.

On 29 September, the Coalition held a workshop in Maputo to analyze and reflect on the country’s current abortion context with key representatives from the Ministry of Health.

Mozambique recently experienced an important legal reform, moving the country towards less restrictive abortion policies. The law, which has been in effect since July 2015, decriminalizes abortion until the 12th week of pregnancy (and up to 16 weeks in cases of rape). However, there is more work to be done in order for the law to effectively reduce maternal mortality and morbidity, increase knowledge of the law, and increase access to safe abortions. The Ministry of Health has recently approved the clinical norms which must be implemented now, as they are integral to the health of women and children. The Coalition for Sexual and Reproductive Rights is also contributing by raising awareness within communities about the new law and advocating for the drafting of comprehensive abortion regulations to ensure the widest access to safe abortions for women and girls.

A survey conducted by Pathfinder International (with the support of SAAF and in partnership with WLSA) in May of this year, which included 164 health providers from four provinces, showed that only 53% of the interviewed providers were familiar with the new abortion law and furthermore, only 57% of providers would be willing to provide an abortion in a legalized context. Seeing that these results come from health facilities where awareness raising activities have already taken place, it is clear that challenges remain in order for this law to be fully implemented. In this context, the Coalition is conscious of the challenges ahead, but is also hopeful for the future of the enabling environment that is being created.