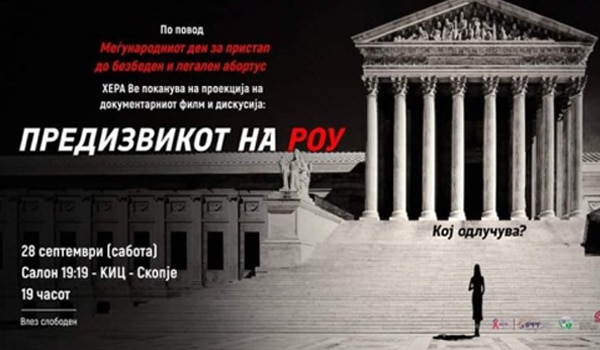 HERA – Health Education and Research Association, Skopje, North Macedonia, regularly supports International Safe Abortion Day, and joined the Global Day for Action this year also. On September 28th, HERA organized a public documentary screening and opened a discussion among the attendees on the topic of safe and legal abortion, aiming at the global picture and bringing it down to the local level, along with current challenges. They sent out a press release and conducted a small social media campaign to raise awareness specifically related to access to medical abortion, as this is an ongoing issue in Macedonia since a new, more progressive law on abortion was adopted last year. This campaign will be supported by a network of national gender equality organizations. For these purposes, HERA have used one of the “official” posters adapted to the Macedonian language and context, and of course the official logo of Safe Abortion Day.