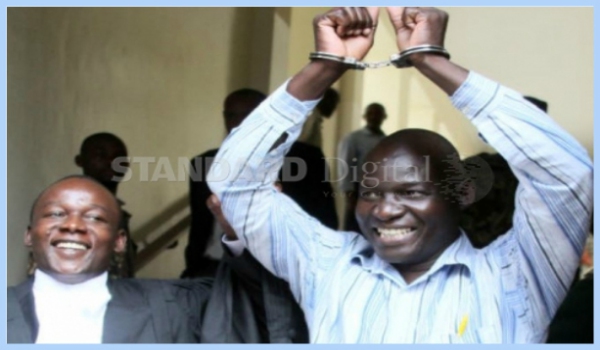 In July 2009, a pregnant woman came to a primary care health clinic in Gachie, Kiambu County, in severe pain and having been bleeding for eight days from a botched abortion. Mr Tali, a nurse at the clinic, tried to help her but determined that she needed to go to a hospital to receive specialized medical attention. However, the woman died in his car as she was being transferred to a higher level facility that could better handle her complications.

Mr Tali was held in custody at the GK Kamiti Maximum Prison from July 2009 until September 2014, when he was finally brought to trial. At trial, the High Court judge found him guilty of helping the young woman obtain an unsafe abortion and sentenced him to death for murder. Although the government pathologist testified that he was unable to find the cause of death, the Court held that there was direct and circumstantial evidence that the immediate cause of death was bleeding that resulted in anaemia due to interference with the pregnancy. Although there was no direct evidence that Mr Tali was the person who had “interfered with the pregnancy”, the Court still held that he had caused her to develop complications, and that she had died as a result. He was charged with aggravated murder under Sections 203 and 204 of the Penal Code of Kenya, and sentenced to death. Tali’s defence was that he was trying to save her life, not murder her, and that the botched abortion had taken place elsewhere. He did not, however, produce a patient record to substantiate his claim that she was already bleeding and anaemic upon arrival at his clinic.

In 2015 a group of Nairobi-based civil society organisations got together to support Mr Tali to file an appeal, coordinated by the Africa Network for Medical Abortion Kenya. The Center for Reproductive Rights took on to represent his case and filed an appeal and for bail pending the appeal but this was denied by the High Court. At the beginning of 2017, the court promised Mr Tali a date on priority since he had been in prison for such a long time. However, the appeal was postponed more than once until the case was finally heard.

A three-Judge bench of the Court of Appeal of Kenya declared on 19 October: “On the whole we are far from satisfied that the offence of murder was proved beyond any reasonable doubt. All that was established was suspicion that the appellant may have had a hand in the death of the deceased, but mere suspicion, however strong, is never probative of an offence in our criminal justice system.”

Soon after the judges ordered him set free, Tali expressed regret that he was made to spend eight years in jail for doing his duty according to his profession. He said the experience scared him, adding that he would not be in a hurry to go back to medical practice.

He also asked the Government to enact laws to govern safe abortions so that no one else has to go through what he experienced at Kamiti Maximum Security Prison. “The fact that I was charged and sentenced to death because of my work caused fear among nurses. People should realise we deal with human life and we should not be punished for what happens while we are performing our duties,” he said.