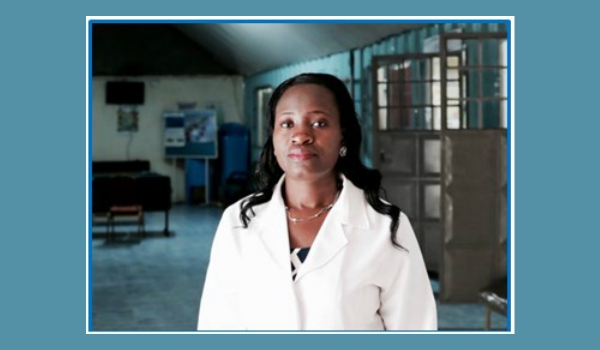 It’s been 10 years, but Melvine Ouyo remembers the girl well – a 15-year-old who came into the clinic on the verge of death. She was in shock, suffering from an infection developed after an unsafe abortion. “They had to remove the whole uterus to be able to save the life of this girl,” Ouyo said.

Age 27 at the time, Ouyo was a nurse-in-training. Now, she in the Clinic Director at Family Health Options Kenya, a sexual and reproductive health clinic in Nairobi which, for the past three years, has provided free health care – from family planning to malaria treatment – in one of the city’s poorest areas, run by an organization supported in part by money from the US government.

Last week, she traveled from Kenya to the United States to make an appeal to lawmakers in Washington and Americans across the country: Don’t cut off our funding. The clinic has lost $620,000  from USAID this year out of a $4 million budget because of the Global Gag Rule. They also expect to receive less money from the International Planned Parenthood Federation than in the past as IPPF is also affected.

In August, the organization closed a clinic in Mombasa, and since February, it has stopped sending health workers into rural communities. These free outreach visits might reach as many as 200 people per week, providing them with not only family planning but sexually transmitted infection screening and general health services. Some 15–20 staff of Family Health Options Kenya, from nurses and pharmacists to senior managers, have already lost their jobs because of the cuts. Other projects, such as one in a predominantly Muslim community where contraception is needed but not used, may never get off the ground and people who were expecting services may feel they have been betrayed.

“The eventual impact will be that we will see mortalities,” Ouyo said. “And that is why we are saying signing onto the [Gag Rule] is like committing suicide, because women will die as we watch.” Last month, Ouyo said, a 15-year-old pregnant girl in Garissa hanged herself because she did not have access to medical care or counselling.