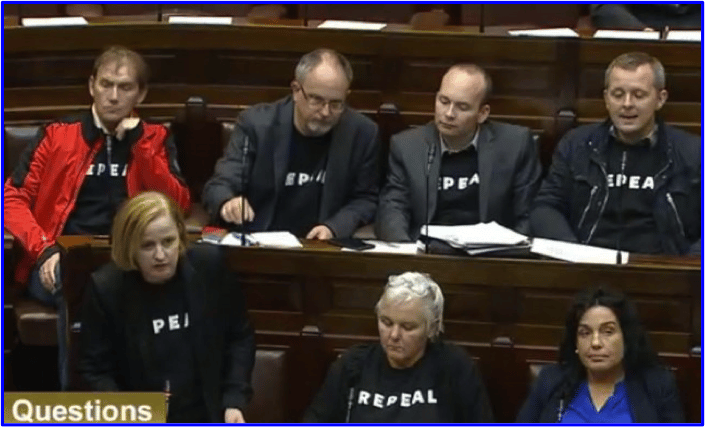 Abortion is not a black-and-white issue, prime minister Enda Kenny has said as the issue of repealing the 8th amendment to the Constitution was raised in the Dáil (parliament) in the wake of the demonstration in Dublin at the weekend. Mr Kenny referred to the wearing of sweatshirts by the six members of Anti-Austerity Alliance-People Before Profit with the message “Repeal” during Leaders’ Questions. Member of Parliament Ruth Coppinger said 165,000 women had had to travel out of the State for an abortion in the prime minister’s 41 years in the Dáil. She asked him to accept “the Constitution is not the place to decide these issues and ultimately the church and the State have to stay out of personal decisions”. Mr Kenny said he had listened to many tragic stories and that was why it was appropriate for the Citizens’ Assembly to tease out the issues. “It is in everybody’s interest that there be a sensitive, rational and comprehensive discussion about this,” he said. The assembly will hold its first meeting on October 15th. Irish Times, 27-09-16