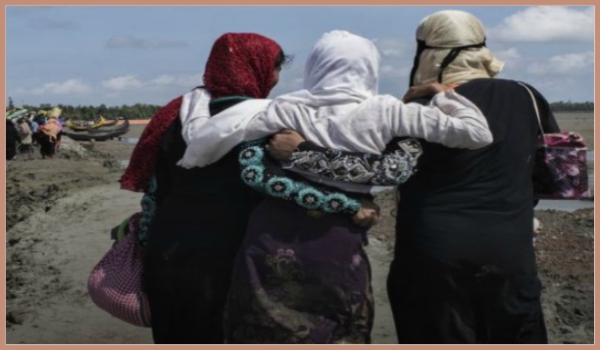 In September 2015, the European Commission laudably took a historic step in making clear that women and girls raped in armed conflict deserve equal medical protection under international humanitarian law. In response to Members of the European Parliament, you stated:

“In cases where the pregnancy threatens a woman’s or a girl’s life or causes unbearable suffering, international humanitarian law and/or international human rights law may justify offering a safe abortion rather than perpetuating what amounts to inhumane treatment. Women and girls who are pregnant as a result of rape should first receive appropriate and comprehensive information and be provided access to the full range of sexual and reproductive health services.”

Previously, the European Union’s position was that national abortion laws in conflict countries – not international humanitarian law – govern the scope of available care for women and girls in conflict settings. In 2015, the EU joined a growing chorus of human rights advocates, legal experts, United Nations bodies and national governments to acknowledge the primacy of international humanitarian law (IHL) in conflict, including when it comes to safe abortion.

The European Commission’s latest position also received wide cross-party support in a number of parliamentary resolutions and several Member States have voiced their support for this policy for its compliance with IHL. Unfortunately, since 2015, no steps have been taken to implement this policy. Women and girls continue to be denied care, including abortions, in humanitarian settings, even where rape is routinely used as a weapon of war. In light of increasing attacks on their right to terminate an unwanted pregnancy, largely driven by a dangerous anti-abortion ideology in the United States, now is a critical time for the EU to shift its position from paper to practice. Since the EU, along with its Member States, is the largest humanitarian aid donor in the world, it holds a unique responsibility to ensure international medical protocol follows the principle of non-discrimination enshrined in IHL.

We therefore request that the European Commission make clear that international law – not politics – determines the right to medical care of women and girls affected by armed conflict, and take the following steps:

We urge you to take decisive action and thank you for your attention to this important matter.

FULL LETTER WITH REFERENCES AND SIGNATORIES