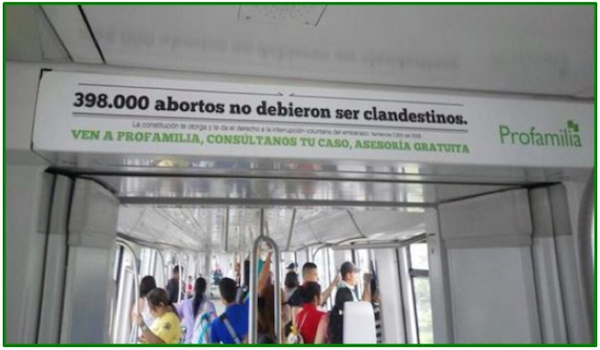 On 3 March 2017,  it was announced that Colombia’s Instituto Nacional de Vigilancia de Medicamentos y Alimentos (National Food and Drug Surveillance Institute, INVIMA) had approved the registration of mifepristone in Colombia for use in combination with misoprostol for induced abortion.

According to the Gynuity Health Projects website, mifepristone has been available (up to June 2016) only in Guyana and Uruguay in South America.

Royo reports that in March 2012 Profamilia started all the procedures required in order to introduce mifepristone in Colombia: “It took five years and tons of paperwork, meetings and lobbying, she said, but we made it!!!! We are thrilled at INVIMA´s granting of approval but to be honest, also a little bit scared…. I won’t truly believed it until I see Mifepristona in Profamilia´s clinics and of course other clinics as well.”