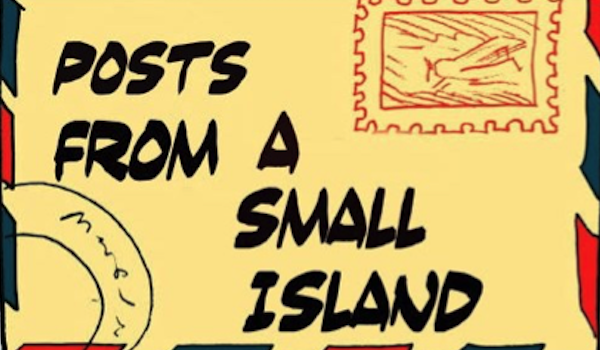 In these tough economic times, everyone needs extra cash. As I lack the skills to enter into the obvious money making ventures; selling doubles, planting cassava or starting a church, I have decided to do the next best thing and open a backyard abortion clinic.

Why a backyard abortion clinic? Well, as any good economist or drug dealer will tell you, the key to a profitable enterprise is all about supply and demand.

You see, abortion is illegal in Trinidad and Tobago, having been outlawed in the Offences against the Persons Act, enacted in 1861. 1861- those were the good old enlightened days in which electricity hadn’t been invented yet, people thought the moon was made of cheese, and women didn’t have the right to vote.

But making something illegal doesn’t affect demand, only its supply; driving up the price of that illegal something. And with demand for abortions set to increase now that it’s been proven there is a link between the Zika virus and birth defects such as microcephaly, it’s a great time to pick up a coat hanger and start cashing in.

The best part about starting a backyard abortion clinic is that it requires little start up capital or even basic knowledge about how to perform abortions. The World Health Organization (WHO) describes a backyard or an unsafe abortion as a “procedure for terminating a pregnancy that is performed by an individual lacking the necessary skills or in an environment that doesn’t conform to the minimal medical standards.” That perfectly describes my backyard and me. Plus, I have binge-watched 9 seasons of Grey’s Anatomy.

I’ve also done my market research. According to the reproductive research and policy think tank ‘The Guttmacher Institute’, 20 million women worldwide had a backyard abortion in 2008 alone, with 56% of those women being from developing countries like Trinidad and Tobago. In fact, 46% of abortions in the Caribbean are backyard abortions. And with a direct correlation between backyard abortions and restrictive abortion laws, I bet that the line outside my backyard will be longer than KFC’s.

My backyard abortion clinic will provide revenue for other areas of the economy. According to the WHO, thousands of women are injured each year while having backyard abortions. As most of these women are poor and can’t afford private health care, this is surely good news for ambulance drivers, and other emergency room staff in Government run hospitals looking for some overtime. And for those women who fear being further injured in Government hospitals, it’s even more good news for quacks like naturopaths, herbalists and obeah men.

Now I know what you might say. “Hey Darryn, this week obstetrician Dr Sherene Kalloo called for abortion to be made available for women with the Zika virus. Saying that even though she doesn’t approve of or perform abortions, women with Zika should have the right to make that decision. She also outlined the dangers these women face, like resorting to quack backyard abortionists like you. Her views might catch on, killing your business plans. You might need a miracle to open.”

My response to that is simple. Firstly, Dr Sherene Kalloo obviously belongs to that poor, deluded group of Trinbagonians who think they can shape public policy using crazy things like reason and evidence. I don’t know what country she thinks she’s living in, but it’s not here. Secondly, to paraphrase the charismatic terrorist from Die Hard, Hans Gruber, “You ask for miracles Theo? I give you the IRO – the Inter-Religious Organization of Trinidad and Tobago.”

You see the IRO is staunchly against abortion. Even in cases involving birth defects related to the Zika virus. According to IRO leader Brother Harrypersad Maharaj, pregnant women with the Zika virus should simply “have positive thoughts” that their infants won’t be born with a debilitating birth defect. Because we all know that works. He’s also pointed out that being born with severely reduced mental abilities has never stopped anyone in T&T from having a rewarding career as a politician, UWI lecturer or hit songwriter for Dwayne Bravo.

The IRO’s stance has been unchallenged by scared public officials. That’s because in T&T, it’s not expert medical professionals who guide public health policy, but rather people who believe in virgin births and talking snakes. That’s why I’m confident my business model is a sure thing.

So come on all you poor, desperate pregnant women, tragically in search of an abortion! Head to Darryn’s Backyard Abortion Clinic today. As my company slogan says, “Face it – what choice do you have?”