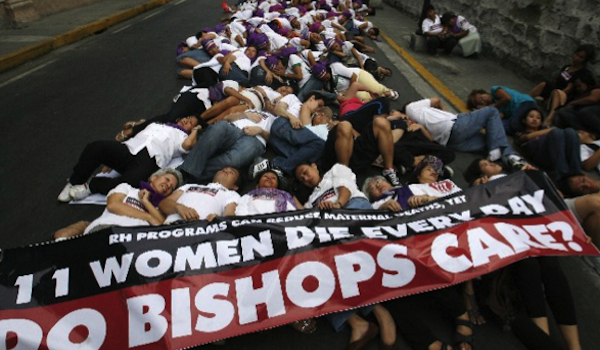 Philippines President Duterte has announced the full implementation of the Responsible Parenthood and Reproductive Health Act of 2012 (RH Law) so that couples, especially the poor, will have freedom of informed choice on the number and spacing of children. The RH Law guarantees universal access to methods of contraception, fertility control, sexual education and maternal care.

She noted that one out of every 10 adolescent women aged 15-19 is already a mother and there are 25 new HIV cases a day while the unintended pregnancy is high with three in ten births unwanted or mistimed, and only 38 percent of adolescent women aged 15-49 use modern contraceptives. She said “[There is a] high incidence of rape, with one woman raped every 71 minutes, unavailability of emergency contraception, lack of access to safe and legal abortion and even lack of access to humane, non-judgmental, compassionate post-abortion care, we have three women dying every day from complications from unsafe abortion… That’s why we are hopeful that under President Duterte’s administration, we will have access to the full range of comprehensive methods including emergency contraception, comprehensive sexuality education, and access to humane, nonjudgmental, and compassionate post-abortion care.”

Three days before CEDAW had called on the Philippine government to ensure access to modern contraceptives and legalize abortion in certain circumstances. In its recommendations, they expressed concern about the inconsistent implementation of  the RH Law and further expressed concern about the absence of an effective mechanism to monitor its implementation, as well as the increasing number of unsafe abortions among adolescent girls in the Philippines.

According to estimates by the Guttmacher Institute there has been an increase in abortion incidence from approximately 560,000 in 2008 to 610,000 in 2012. Under the RH Law, abortion remains illegal and punishable as a crime. Proposed amendments to the current penal code aim to increase the penalties for abortion.

We commend the UN Committee for once again urging the government to fully ensure women’s reproductive health and end discrimination against women by providing access to modern contraceptives and legalizing abortion. The Reproductive Health Act was a historic victory for women in the Philippines, but it’s time the government make this law a reality for women who deserve to make their own reproductive health choices and live with dignity.

CEDAW also highlighted their concerns regarding bans on modern contraceptives that still exist in part because the Philippine government has not formally declared Executive Orders 003 and 030 of Manila City unlawful, leading to confusion among local health care providers and denials of reproductive health services to women and adolescent girls.