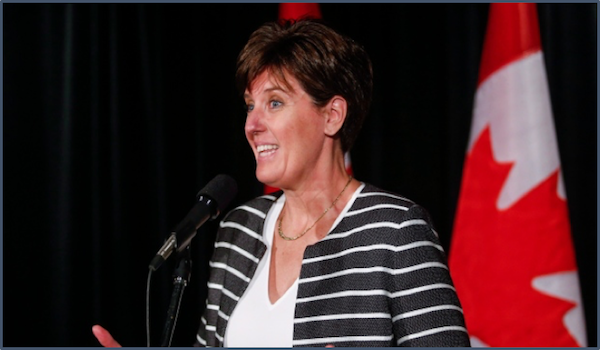 On Tuesday 11 July 2017 Canada committed to spend up to $241.5 million to support projects that will provide “critical sexual and reproductive health services,” filling some of the void left behind by the Trump administration. International Development Minister Marie-Claude Bibeau made the announcement at the Family Planning Summit in London, in the United Kingdom, on Tuesday.

The investment is part of Canada’s $650-million commitment to address gaps in funding for projects supporting the sexual and reproductive health and rights of women and girls announced by Prime Minister Justin Trudeau after the Trump administration withdrew its funding because of its opposition to abortions. Canada has committed to providing the $650-million over three years.

Part of the Canadian funding will go to support programs run by UNFPA, UNICEF and over half-a-dozen development NGOs. UNFPA and its partners will be receiving 40million Canadian Dollars. Meanwhile, 65% of the funding will be given to abortion and Family Planning organisations in Africa.

More than $18million of the Canadian aid package will be given to Mozambique to support abortion and family planning services. Late in 2014, after years of lobbying by women’s groups and health advocates, the Mozambican government loosened the restrictions and allowed legal abortion in the early stages of pregnancy. Other projects will support sexual and reproductive rights programs and other health services for women in a wide range of countries, from the war zones of Syria and Iraq to the refugee camps of Jordan and the most impoverished regions of South Sudan, Burkina Faso, Nigeria, Ethiopia, Ghana, Tanzania, Afghanistan and other countries.

“I just don’t want to focus on their choices,” she said. “I want to focus on our choice. Yes, it’s obvious that we do not make the same choices when we talk about family planning and sexual and reproductive rights or climate change. We have different views. This is very clear.”