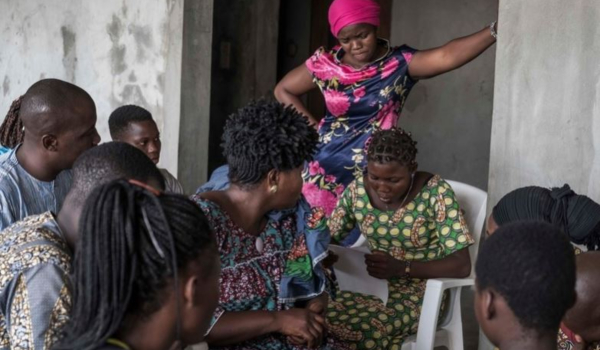 Despite the restrictions imposed by the law and a socio-cultural context where it remains a taboo subject, abortion is common in Benin where many girls and women practice it in hiding, risking their lives.

Solange, 32, remembers it as if it were yesterday. Pregnant a little over a month while she lives an adventure “without promises” with a man, she does not wish to keep the pregnancy. Already the father of a daughter whom his mother helps him to raise, this man is not ready to take on a second paternity. He cannot afford it, either. Very soon, they come into contact with a young man who puts them in contact with the “doctor” of a private care practice located in Akpakpa, a district of Cotonou. Against 30,000 FCFA, about US$51, the “doctor” helps Solange get rid of the pregnancy. “I do not even know if he was a doctor or not. My only concern at the time was to end this pregnancy,” says Solange today, who has done rather well. “He gave me an injection before “scraping” inside. It did not hurt. We were in a very dimly lit room.”

For Mireille, the intervention almost went wrong. In May 2015, after unprotected sex, she swallows a morning-after pill and for “more security”, she insists, she repeats the pill a few hours later. “I was almost three months late when I used this pill. I had no other symptoms of pregnancy. To be certain, she goes to a clinic. To her surprise, the doctor tells her that she is pregnant and about to complete the first trimester of pregnancy. “I was very surprised. The pill had no effect even though I took it within the time indicated. I told the gynaecologist that I was not expecting a pregnancy and that I did not want to keep it. He told me he did not practise abortion. She informed the man involved, who did not want to hear anything: “He shouted at me on the phone that I was sick, before hanging up.” One of her friends mentions a private clinic in the town of Abomey-Calavi who ask for 40,000 FCFA (about US$70). She calls the manager who gives her an appointment three days later. In this place, she came close to death. “It was not easy. The pregnancy was more than three months old. He had difficulties. I started to feel violent pains. He told me that he had to force open the cervix to empty it. It hurt so bad. I wanted to throw up and I thought it was the end. I do not know how much time I spent on this table, nor how I could bear so much pain. “The pregnancy was evacuated, but Mireille experienced abnormal bleeding. “When I got home, I saw that my clothes were soaked with blood. I bleed profusely for two days. I thought I was going to die. I was very lucky”.

X – she had no chance. In January 2017, the image of her lifeless body was circulated on social networks and was a news item in some newspapers. The young woman, a waitress at a drinking establishment in the town of Abomey-Calavi, had used the services of a “health worker” to get rid of a pregnancy of 4 or 5 months. The abortion did not go as planned and X, in her twenties, died from haemorrhage. The image of the fetus taken from her uterus also toured on social networks.

Solange, Mireille, X. They are not isolated cases in Benin or in Africa. Indeed, there are millions of African women like them facing unsafe abortions…