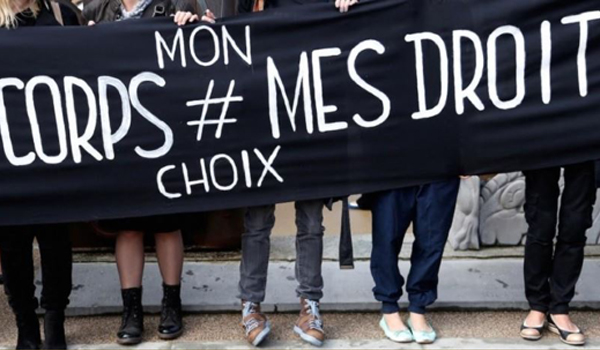 The Belgian parliament is again debating abortion. This time, the bill on the table would allow abortions up to 18 weeks (from the current 12 weeks), remove all penalties for women who do not comply with the law, and shorten the mandatory delay period from six days to two days.

The bill also creates the “offence of obstructing abortion” penalised either by jail for 3-12 months and/(or) a fine of 100 to 500 Euros. This would apply to ”anyone who tries to physically or in any way whatsoever prevent a woman from gaining access freely at a health facility practising voluntary termination of pregnancy”.

This latter provision apparently led to lively discussions in the Justice Committee in December. Deputies opposed to the bill underscored the vagueness of the phrase “in any way whatsoever” (de quelque manière que ce soit in French or op enigerlei wijze in Flemish). However, examples are included in the justification for the bill. These include:

– distributing leaflets at the entrance to abortion clinics;

– pressuring or threatening a woman who wishes to have an abortion;

– for doctors with a conscientious objection, refusing to refer women to a willing doctor; and

– postponing consultations, so that a woman can no longer have an abortion.