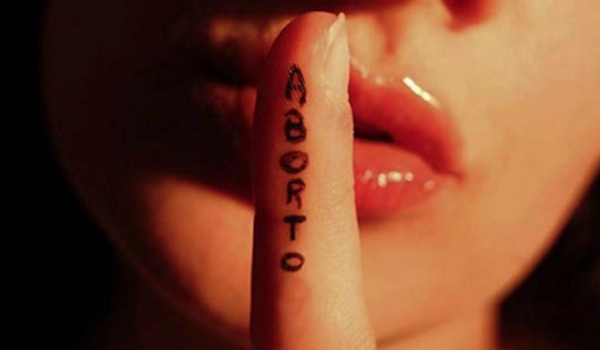 For the past five years, we women who form part of the Safe Abortion Information Network offer a free telephone line for women who wish to end their pregnancies and need information about the safest way to do so without medical attention and with a low percentage of risk. What mobilizes us is care for the lives of the majority. We have decided to do our part to care for those who are the same as us and suffer the same problems, the same accidents, and are weighed down by the same dangers.

The great majority of the women who call us say that they cannot obtain any type of contraceptive. Before 2014, the majority would tell us that they used pills, but now they can’t be obtained or only at prices that are inaccessible for the vast majority of the working population. The siege by the pharmaceutical industry as a strategy to support the economic war as well as the difficulties we have had in government and as popular power to overcome the situation have increased the number of unplanned pregnancies.

On the other hand, the prohibition of abortion has made speculation on the price of medications used for ending a pregnancy much more profitable. Before 2014, access to misoprostol was already pretty limited, but now it’s not available in any pharmacies, because the pharmaceutical mafias and the bachaqueros make more money selling it on the black market at 50 times the price. A women who decides to have a first trimester abortion using pills needs 12 pills on the black market that can cost between 4 and 10 thousand bolívares each.

One could say in sum that the economic war in Venezuela has dramatically affected the right to decide about our bodies and our lives.

45% of the women who use our phone line are economically dependent on their spouse or on their family. 37% make around the minimum wage. Of the remaining 63%, only a very low proportion reach two minimum wages. This suggests that the users [of our service] are from the poorer classes, but this does not mean that upper class women do not have abortions, but rather that they simply have the resources to do it not only surgically in clandestine clinics, but also in secret. An abortion carried out in a clinic costs between 100 and 200 thousand bolívares.

Women who call the hotline in figures:

– 45% of women that use the Safe Abortion Information Network depend economically on their spouse or on their family. 37% makes around minimum wage. Of the remaining 63%, only a very small percentage reaches two minimum wages.

– 70% report that they are in a stable relationship; the remaining 30% indicate not being in a relationship with a partner.

– 82% report not having prior experience with an abortion.

– 33% say their principal reason for making the decision to abort is economic difficulties. Another 33% say that it’s an unplanned pregnancy. The rest say that they are doing it because the pregnancy is the result of rape, or because the fetus suffers deformities, or because their health is in grave risk.