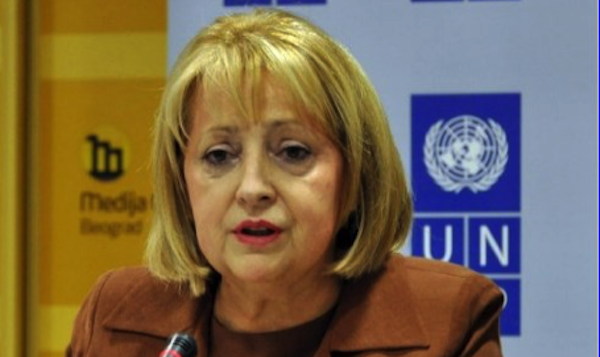 Slavica Đukić Dejanović, Serbian government minister without portfolio responsible for demography and population policy, has claimed that the “uproar” (the term reported by Global Voices) over alleged plans to establish a state body to persuade women to avoid abortions is all “a misunderstanding”.

Global Voices writes: “Slavica Đukić Dejanović… reportedly told the pro-government tabloid Informer that the state would ‘form a body that would raise awareness of all women about the harmful side effects of abortions’. Several other media outlets then picked up on the statement. According to news portal Alo.rs, the council would provide counselling on pregnancy and its termination, and “would include the civil sector, priests and various experts that would be able to help.” They also state that initial reports about this council claimed that the idea came from Russia. In fact, attempts to set up such counselling in Central and Eastern Europe were reported in 2015 by the Center for Reproductive Rights.

“Activities by which women would be forced to go to consultation, in which even priests were included, are surely not undertaken for the benefit of women,” the project coordinator of the Belgrade-based NGO, Women’s Autonomous Center, Tanja Ignjatovic, said to Balkan Insight.

With a population of about 7 million, domestic media claim Serbia has one of the highest abortion rates in Europe, allegedly 200,000 per year which mostly go unreported. The official figure from the Institute for Public Health for 2015 is 16,863 abortions.