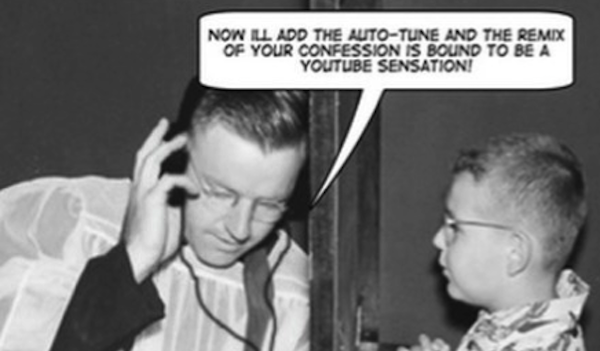 …The STI confessional is more than a first-hand account. It’s a disclosure of the unusual, unwanted, or unexpected. The confessional is uniquely personal, yet its details are vastly secondary to its central point, which is that the author has an STI. Even though this fate awaits most sexually active people in the United States at some point in their lives, the confessional continues to be recycled, as if being STI-positive is shocking.

And in a way, it is. There’s so much stigma around this topic that we’re surprised when someone mentions it. People with STIs exist largely in the theoretical, including to each other. The confessional, then, is an answer to the alarming absence of real voices amid statistics… and stand-up routines that use infections as punchlines. That there is still demand for it reflects the lack of STI representation in media. But it has its limitations.

Here is the structure: The confessional has a before, a diagnosis, and an after. Frequently chronicled in great detail, the diagnosis represents a betrayal or a fall from grace, eventually culminating in a resolution that feels almost like a moral by discovering a silver lining or positioning oneself as the righteous victim of a cheating or lying ex. These “I found out I had an STI, but now I’m OK” pieces are often composed primarily of descriptions of devastation and shame, ending as soon as things turn around.

According to the confessional, an STI can be the best or worst thing to happen to you. But rarely is it neutral, because what kind of story is that? The true conflict at hand may be internal (identity crisis, dysphoria) or external (disillusionment with a relationship or lifestyle). However, the confessional can go on without being aware of that deeper conflict, because it can earn the reader’s sympathy through the perceived violation of an STI itself.

The stories told within the confessional are true stories. I tried for some time to document my diagnosis and its aftermath, but I could never get it right and I could never finish. That’s why I avoid the form: it wouldn’t feel honest.

Still, that persistent notion of STI diagnosis as “rock bottom” colors how my work is perceived. Dormant Facebook friends have come out of the woodwork to applaud me for writing about my struggles with herpes, though I can’t remember ever publicly using the word “struggle” in reference to my sexual health. Neither have I claimed to be suffering from herpes; in fact, in my first published piece, I explained why I use impartial language when talking about STIs. But that doesn’t stop people, even those who know me, from describing my experiences as such….

EDITORIAL NOTE: We thought this was worth sharing – for readers to consider whether sharing personal abortion stories is comparable – or somewhat different. Send your thought to us on social media.