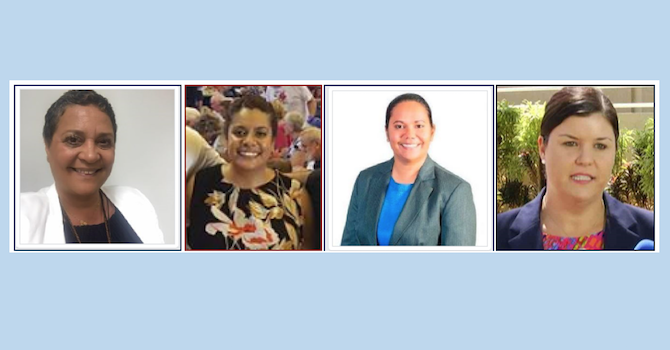 THREE members of Australia’s Northern Territory Parliament – Sandra Nelson, Ngaree Ah Kit and Selena Uibo –  shared their stories of making the difficult choice to terminate pregnancies during the debate on proposed legislation to reform the abortion law, which lasted a full day. It was described by NT News as an emotional day and by ABC.au as passionate. The bill, tabled by NT Health Minister Natasha Fyles, was passed by a vote of 20 to 4 late at night on 21 March, to cheers from supporters in the public gallery.

The new law will come into force in July at the same time as new clinical guidelines. It amends the NT Medical Services Act and the criminal code. It removes the requirement for all abortions to occur in hospitals, in that it allows the provision of both surgical and medical abortion in non-hospital clinical facilities up to nine weeks of pregnancy. This means that women living in remote areas will no longer need to travel huge distances to the only two hospitals, which are in Darwin and Alice Springs. Previously, only surgical abortion was available and only in the two hospitals.

The legislation also mandates safe access zones 150m around abortion clinics, where it will be an offence to harass anyone entering or leaving. Any health provider who conscientiously objects to abortion must refer patients to a doctor who doesn’t. The new law applies to “a woman of any age”; hence, it is thought adolescents no longer need the consent of both parents.

However, the new law still requires the approval of one doctor for abortions up to 14 weeks (instead of two as previously), but retains two doctors between 14 and 23 weeks. The Human Rights Law Centre welcomed the result but said it had not completely decriminalised abortion and did not give women control over decision-making, but left it to doctors. In January, the Law Centre had also called for the new legislation to allow terminations after 23 weeks to include fetal anomaly and pregnancy due to rape, as it is currently permitted only in order to save a woman’s life. But this was not amended.

Lastly, the law contains criminal penalties (up to 7 years in prison) against anyone who is unqualified who causes an abortion, but say this “does not apply to a woman who consents to, or assists in, the performance of a termination on herself”.

The details of the law pre-passage can be found here.