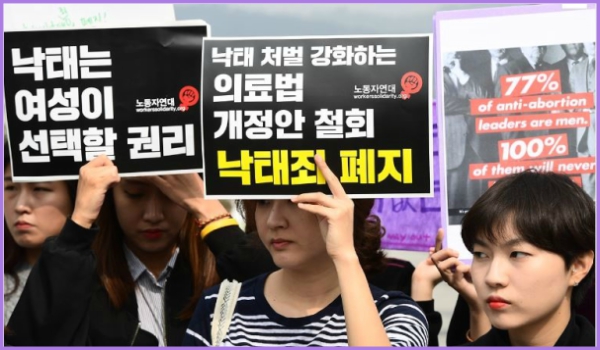 South Korean law criminalises abortion with only a few exceptions, such as when pregnancy results from rape or endangers the woman’s life.

The Constitutional Court is due to review the abortion law this month. It was this same court that defended the anti-abortion law in 2012 when it ruled that: “Pregnant women’s self-determination should not overrule the fetus’ right to life.” However, since then, there were demonstrations inspired by the strikes in Poland in 2017 and a huge petition circulated by a new feminist group gathered 230,000 signatures calling for law reform. In response, the country’s president promised a review of the law.