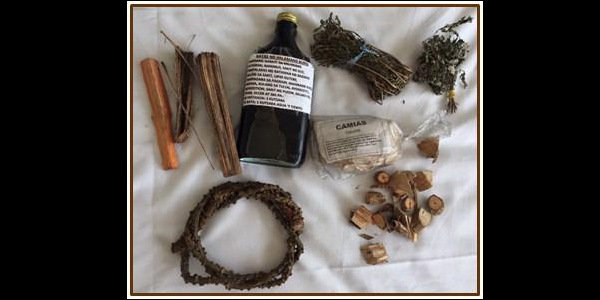 “For poor Filipinas with unwanted pregnancies, this is what reproductive care looks like: The drug deal takes place in the back of a sedan, parked near one of Manila’s most exalted cathedrals. The dealer, Elsa –  not her real name –  has brought her wares in a plastic shopping bag. At my request, she dumps them on the backseat for inspection. Out pours an astonishing variety of herbs and poultices. There is a gnarled root, the color of merlot and nubby with protrusions. Then a leafy plant that – if alive, Elsa says — would recoil from a human’s touch. Then she lays out what looks like potpourri and, finally, bits of ginger-colored tree bark. All of it is sold in little baggies, just like heroin or speed. ‘Boil all of this stuff in a pot,’ Elsa says, ‘and give the liquid to a woman who has not received her period in up to two months.’…

“Elsa belongs to a ‘crime network’ run almost entirely by middle-aged women. They are criminal herbalists, operating in the shadows, dispensing plants grown in the island nation’s provinces.

These dealers aren’t hard to find. Everyone in Manila knows that they congregate around the Minor Basilica of the Black Nazarene –  among the most prominent churches in the country. ‘Even in Filipino radio dramas,’ Elsa says, ‘you’ll hear plot lines like, ‘Oh no, you’re pregnant! Go to Quiapo and find the herbal girls!’’… One of Elsa’s top-selling products is designed for discretion: a pre-mixed herbal abortion elixir  –  ready to drink on the go, no boiling required. The price: 250 pesos (US$5).

[The last option she brings out is misoprostol, which she says she sells for second trimester abortions.]

POSTSCRIPT: On 4 September, two people were arrested by Bureau of Customs authorities at the Manila international airport for bringing 24 million pesos (US$270,000) worth of misoprostol into the country. One was from Singapore, the other claimed to be a former senator’s son. It seems there is a mafia in misoprostol.

The Patrick Winn article is excellent journalism. We recommend reading the whole.