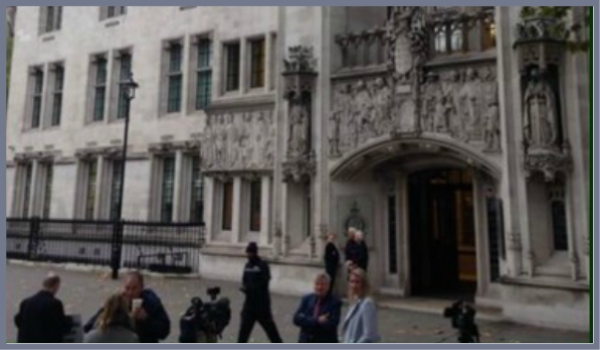 On 24 October, the UK Supreme Court began a three-day hearing on an application from the Northern Ireland Human Rights Commission, which argues that criminalisation of abortion in Northern Ireland in the case of rape, incest and serious fetal abnormality, is incompatible with the European Convention on Human Rights (ECHR). This was raised by several individual cases taken by the Commission to court for redress.

The High Court in Belfast ruled two years ago that the NI law was incompatible with Article 8 of the ECHR, but said they could not change the law, only the NI parliament could do that. Then their ruling was overturned in June 2017 on appeal. Attorney General John Larkin QC, with the NI Justice Department, are opposing the Commission’s appeal to the Supreme Court, claiming the NI law is not incompatible with human rights.

In June 2017, the government announced that women from Northern Ireland would be able to access free abortions in England, but campaigners pointed out that the procedure was not only expense. On 23 October, the Minister for Women and Equalities, Justine Greening, announced a plan to cover travel costs to England in “hardship cases” of women from Northern Ireland, whose income is less than approximately £15,300 per year.

On 24 October, Nathalie Lieven QC argued on behalf of the Commission that NI abortion law discriminates against women and girls on the grounds of sex and was an unjustified breach of their right to personal autonomy. She said it was also in breach of Article 3 of the ECHR, which forbids torture and “inhuman or degrading” treatment or punishment. She also read evidence from three women relating to their experiences of being unable to have an abortion in Northern Ireland, despite fatal fetal abnormalities. She said the law criminalises “exceptionally vulnerable” women and girls like them, causing trauma and humiliation at a moment of great vulnerability and amounts to inhuman and degrading treatment by the state, which is a violation of international human rights law.

The Supreme Court will also rule on the question: Is the Human Rights Commission entitled to seek a declaration of incompatibility of NI abortion law with human rights or not?