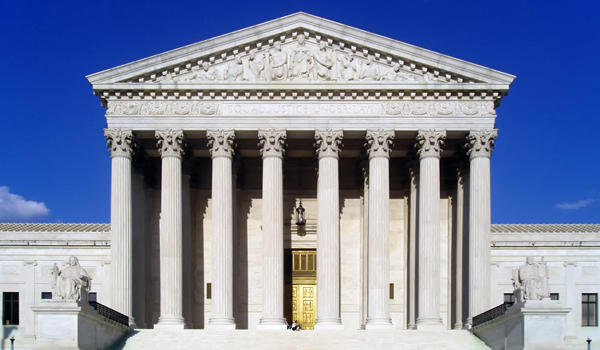 Due to our three-week break in publication, there are far more news reports to share than we can provide in full. Here are eight reports in brief, with links to the full reports – all well worth reading.

Vatican struggles to keep up with clergy abuse cases

The Vatican office responsible for processing clergy sex abuse complaints has seen a record 1,000 cases reported from around the world this year, including from countries it had not heard from before – suggesting that the worst may be yet to come in a crisis that has plagued the Roman Catholic Church.

In Uganda, 60% of women will experience sexual and gender-based violence in their lifetimes, and 26% of maternal mortality is from abortion-related causes. The law on abortion is very restrictive, but what is authorised by law remains poorly understood. The Sexual and Reproductive Health Service Standards and Guidelines (2017) were pulled at the last minute due to disagreements on the age at which young people could be offered contraception. The Ministry of Health’s Standards and Guidelines for the Reduction of Maternal Morbidity and Mortality from Unsafe Abortion in Uganda, issued in June 2015, were also later withdrawn. And the Sexual and Reproductive Health Service Standards and Guidelines 2012, also allowing safe termination of pregnancy to victims of rape, defilement and incest, in consultation with lawyers, are out of date and not usable. Fear of breaking the law is so deeply entrenched that some health service providers shy away from providing post-abortion care, which is completely legal.

It’s time to act: deaths and morbidity from unsafe abortion

In Tanzania, contraceptive prevalence has remained low – only 38% of married women are using the services. According to the Tanzania Demographic & Health Survey 2010, only 9% of sexually active youth who want to avoid pregnancy use modern contraceptives, while 23% of young women aged 15 to 19 are mothers.

The illegal sale of abortion pills online is proliferating in Malaysia through platforms like Facebook, WhatsApp, Twitter and WeChat, which appear and disappear quickly, and are also smuggled into the country using postal and courier services. The Health Ministry is unsuccessfully trying to clamp down on such sales. The Health Director-General Datuk, Dr Noor Hisham Abdullah, fearmongering, said that unsupervised use of abortion pills could result in uterine rupture, abnormal bleeding and fatal infections if left untreated, or birth defects if the pills didn’t work. But this is a gross exaggeration. Dr John Teo, of the Federation of Reproductive Health Associations of Malaysia said prevention, support, destigmatisation of abortion and better access to safe and legal termination of pregnancy would address the online sale of abortion pills effectively.

On paper, a 50-year-old law allows abortion “to avoid a threat to the mother’s life or health”, but it is not applied. On 12 December 2019, President Carlos Alvarado issued a technical decree to allow for therapeutic abortions at public hospitals and private clinics within six months. He claims this will save women’s lives and protect their health. Health Minister Daniel Salas said therapeutic abortions can be carried out if three requirements are met: if there is no other medical alternative (already in the law), if the woman gives consent, and after mandatory evaluation by three medical professionals. A new poll found that some 58% of Costa Ricans are in favour of these legal changes.

Frustration boiled over on both sides of the aisle after former President Mauricio Macri revoked the Health Secretary Adolfo Rubinstein’s new protocol for non-punishable abortions, calling its imposition a unilateral decision. This caused the debate over abortion in Argentina to seize national headlines once again, but the week ended with the Health Secretary’s resignation. The protocol was intended as a guide and to guarantee access, especially in cases where the law already allows for the termination of pregnancy – as the result of rape and when the mother’s health or life is in danger – but is not consistently implemented. It also said girls aged 13-16 years would no longer need authorisation from parents or guardians to seek abortion, unless it involved a high level of risk. Those under 13 would still need such permission, but if this was refused, a health professional could allow it. Then there were national elections, and under the new president, a new protocol was passed, which it seems only guarantees access to abortion in cases of rape.

Half of Irish GPs ready to give abortion pills, says Limerick university study

Abortion services are available in 10 out of 19 maternity units in Ireland, and through 347 GPs in the community. Overall, less than 15% of GPs signed up to provide abortion services in the first year of the new law. But those providing services, the majority of whom are prescribing abortion pills, have an overwhelmingly positive view. A new study of 222 non-providing GPs by researchers at Limerick University found that 48% would be willing to prescribe abortion pills. A lack of training was one reason why many others were reluctant. Of 105 doctors who responded, only four felt they had sufficient training in the area. A Health Service Executive clinical lead for abortion (part-time), Dr Aoife Mullally, an obstetrician at the Coombe hospital in Dublin, has been appointed. Her main task will be to ensure the roll out of termination of pregnancy in more maternity units, GP surgeries and other community settings.

The legal professionals who signs the brief include attorneys, law professors, public defenders, prosecutors, retired judges, current law students and a senior attorney with the Department of Justice. The latter joined the brief anonymously and “on behalf of herself and all the other lawyers working in the highest echelons of government who have had abortions”. The Supreme Court will hear arguments in the case on 4 March 2020 about a Louisiana law that requires abortion providers to have admitting privileges with a nearby hospital. A similar law in Texas, was struck down in 2016 by the then Supreme Court as unconstitutional.