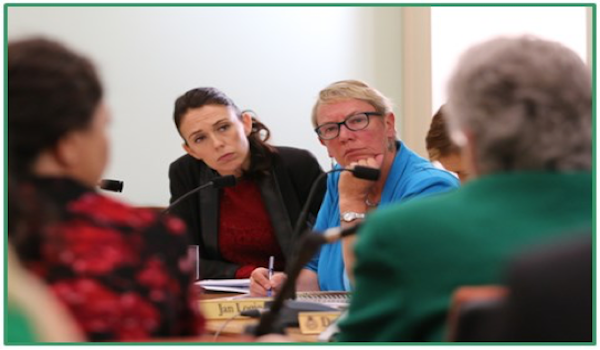 The New Zealand Abortion Supervisory Committee (ASC), which is appointed by and reports to the NZ government, made its annual presentation to Parliament’s justice and electoral committee on 16 March 2017.

Dame Linda Holloway, ASC chairwoman, told the committee that the outdated wording of the law was causing “enormous administrative problems” for the ASC and health practitioners. “The law was not written in inclusive language. In fact, some parts of the language are actually quite offensive, referring to people as subnormal, for example. Really it is an indictment that we have statute like that on the books that is not being corrected.” Health and how hospitals are run in NZ had changed substantially since the law was passed in 1977, Dame Linda told the committee. For example, it refers to the “operating doctor” yet now, many women have medically induced abortions with no operating doctor.

The legal counsel to the ASC said they had often been sued by anti-abortion groups; apart from an 18-month period, the ASC had been involved in such litigation since 2004. While the cases were eventually won, the outdated wording in the legislation had left the door open to expensive and time-consuming legal challenges by those wishing to retain the medical circumstances prevailing in the 1970s, which had tied up the Committee’s time and resources.

Abortion is legal in NZ only if two consultants agree that the pregnancy would seriously harm the woman’s mental or physical health or that the fetus would have a serious disability. In fact, 97% of abortions are recorded as being on grounds of mental health.

The report sparked political debate, with Labour, the Green Party and ACT Party all calling for the Contraception, Sterilisation and Abortion Act, passed in 1977, to be updated. The ACT leader said: “Nobody believes that 97% of women who have abortions are mentally ill, but that is what we are expected to believe according to official statistics.” The right thing to do is reform the law to reflect what actually happens: women exercise choice for their own reasons… Ninety-three of my colleagues are eligible to produce a bill that would modernise our abortion laws, but none have. Instead the ballot is filled with bills on everything from the wearing of military decorations to the length of Auckland’s wharves.”

The Labour leader also said he believed the legislation needed to be reviewed and upgraded, and that abortion should not be in the Crimes Act. However, he would not commit to introducing legislation. Labour policy is for the law to be reviewed first by the Law Commission.

Government ministers lined up to support the Prime Minister, a long-time opponent of abortion. Both those who are anti-abortion and those calling themselves pro-choice said they did not think the law needed to be modernised but had “stood the test of time”.

The Green Party’s policy is to decriminalise abortion up to 20 weeks, with limited health grounds after that. The Party leader said no private member’s bill would pass before the election in September, however, and the national conversation would probably happen after that.