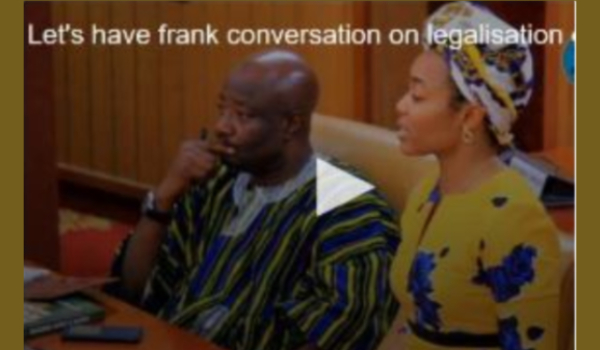 Two members of the Ghanaian parliament, Dr Bernard Okoe Boye and Ms Zanetor Rawlings, have called for debate on the question of decriminalisation of abortion after data were reported publicly that show a high rate of unsafe abortions and deaths from complications in the country, as well as a growing number of unsafe abortions among teens and young women.

Dr Okoe Boye, called for the decriminalisation of abortion in the country – not “an unrestricted, unrestrained and unstructured legal regime that grants a blank cheque for the termination of pregnancy”, he said, but to bring to the attention of the parliament the increase in abortions at the end of 2017 and the statistic that 27 women and girls die from an unsafe abortion daily. It is ironic, he said, that “many girls die because the law will cause their arrest should they visit a government hospital seeking termination of pregnancy” and that while Ghanaian law prevents doctors from providing safe abortions, if a woman attempts an abortion and her life becomes threatened through bleeding, the law does not punish the doctor for saving her.

Ms Zanetor Rawlings called for a “frank conversation on legalisation of abortion” and a debate on whether or not it should be decriminalised, with all sides of the issue critically considered to ensure fairness to all parties who may be affected. She believes that headway will not be made on the issue, however, if the conversation is not widened to include broad stakeholder engagement and involve religious bodies.

Behind these cautious but positive remarks is the fact that medical doctors in Ghana are worried over increasing unsafe abortion cases, about 45% of all abortions in the country. In 2017, 53,114 post-abortion care cases were recorded in government hospitals alone across the country, according to the Ghana Health Service. There are also increasing cases reported of teenage pregnancy. According to a 2016 report, 110,000 adolescent girls in 352 basic schools across the country got pregnant that year, while 35% of pregnancies among married women are unplanned.

As part of activities to mark the 60th anniversary of the Ghana Medical Association in a high school in the Eastern Region, the Junior Doctors Association, in collaboration with DKT International, organised a sensitisation exercise on safe abortion and reproductive health for students. But one senior speaker advised the students only to abstain from premarital sexual intercourse to prevent unintended pregnancy and sexually transmitted diseases.

Still, a high-level conversation has been initiated. The Deputy Speaker of the parliament, Alban Bagbin, said: “I am totally against abortion, but I welcome the debate and I think this is the appropriate place to start it. He asked the Committee on Health together with the Committee on Employment and Social Welfare to take this matter up and start the debate. He said the parliament cannot continue to treat this matter in silence if it is to be able to “save the lives of our women, particularly the young girls”.