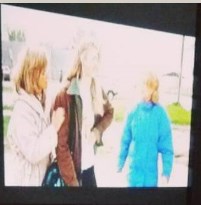 Society Without Violence organised a public film viewing, in its office in Yerevan, of the film “Citizen Ruth”, which tells the story of a pregnant woman who unexpectedly attracts attention from those involved in the debate about the morality and legality of abortion. The film attacks the abortion debate as in itself being an unnecessary infringement on the bodily integrity of women. After the screening, the participants held a discussion about the status of abortion in Armenia, the problem of sex-selective abortion and how to tackle it without infringing the rights of women, and the abortion debate in general.