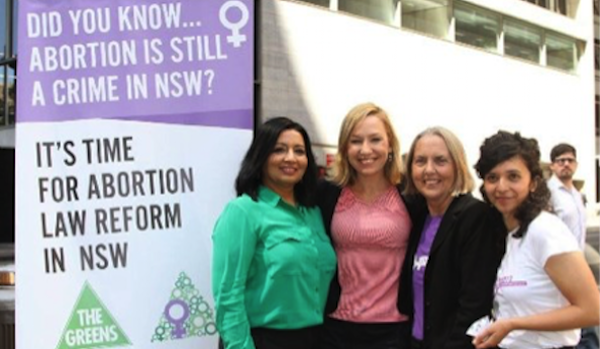 Anti-abortion protesters are banned from harassing women outside Victorian abortion clinics, with safe access zones of at least 150 metres from abortion clinics now in place.

“For too long, women accessing abortion services have been unfairly abused and intimidated, and it’s time it stopped – that’s why we’ve fast-tracked the introduction of safe access zones so we can give women the protection they deserve, sooner,” Health Minister Jill Hennessy said on Monday.

When the New South Wales (NSW) Greens did a poll on the issue of abortion last year, 87% of 1,000 respondents supported women having access to abortion. A further 81% supported protest exclusion zones around clinics. Exclusion zones are already in place in Victoria, ACT and Tasmania. So it seemed logical to Greens MP Mehreen Faruqi to take the next step and ensure a woman’s fundamental right to reproductive choice by reforming an antiquated law that is out of step with public opinion – a conversation the NSW Parliament has been avoiding, she says, for 100 years. She created fact sheets on the bill, posted it on her website and sent copies to the opposition and Government requesting meetings, as well as to the NSW Bar Association, NSW AMA, NSW Council for Civil Liberties and the NSW Nurses and Midwives Association.

But other veterans of the parliament say there is a good reason for that – an avowed anti-abortionist, who holds the balance of power in the upper house, has sat in the NSW Parliament since 1981. Start the debate on abortion, and you risk losing it.

A 1971 court decision provides that abortion in NSW is not unlawful if a doctor believes it is necessary to protect a woman’s physical or mental health. But one Christian Democrat MP has repeatedly, though unsuccessfully, sought to limit this with further conditions – and almost succeeded in 2013. 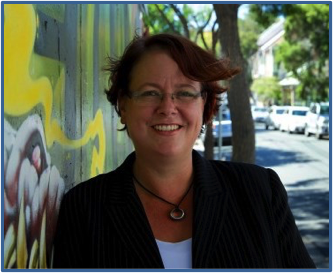 Labor MP, Penny Sharpe, has tabled a bill for safe access zones around clinics but not included decriminalisation in her bill, claiming it is “not about abortion”. Faruqi says every other state has decriminalised first, then dealt with the harassment. “The stigma around abortion and access are because abortion is still in the Crimes Act,” she says. The Greens say even if their bill fails, they have begun the debate, because doctors and women are fed up.

Abortion has been prohibited in Queensland since 1899, but is permissible if there is serious danger to the woman’s life or her physical or mental health.

A private member’s bill to legalise abortion in Queensland has been introduced in state parliament by independent MP Rob Pyne. The bill will go to a parliamentary committee for consideration before being presented to Parliament for debate.

Mr Pyne told a pro-choice rally of about 200 people outside Parliament the legislation would not be the final version of what would be voted on. “It’s not 1899, abortion should not be a crime… What I’m saying is a majority of MPs can surely see the current laws are not acceptable.”

Queensland Council of Civil Liberties said the state’s current abortion laws were “antiquated and draconian”. President Michael Cope said they want the Victorian system, which requires approval by two medical practitioners for abortions over 24 weeks. “It’s time we had this discussion and it’s time we brought some certainty to women’s right to choose in this state,” he said.

Queensland counselling service Children by Choice said about two children under 14 were seeking advice about an abortion every month. Last month a 12-year-old was forced to go to the Supreme Court to get permission for an abortion. Counsellor Liz Price said most of the abortions were happening in private hospitals as current laws made it too difficult to use the public system. “We see access problems significantly compounded for under 14-year-olds,” she said.

Emily’s List supports progressive female Labor candidates trying to reach Parliament. “We certainly have a few members of the State Government and they will be supporting the woman’s right to choose,” Lisa Carey said.