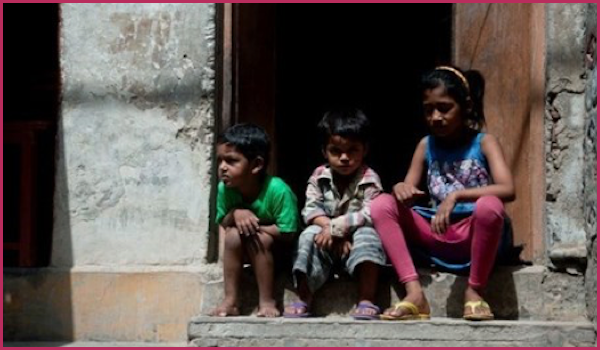 When a news story reveals a serious instance of injustice, it is not unusual for other stories along the same lines also begin to get into the press and media. This has happened in India with requests for abortion by pregnant women with serious fetal anomalies and by girls and women – and now a ten-year-old girl from Chandigarh – who have been raped or sexually abused and seek an abortion later in their pregnancies than the law allows.

The case has become major news in India. Not surprisingly, the girl was far too young to know she was pregnant. A neighbour who noticed her weight gain talked to her mother, which led to a pregnancy test and the girl only then talking about the sexual abuse, allegedly by her uncle. What happened is instructive of why depending on the courts and ad hoc medical boards whose expertise is unknown is not the best way to deal with the need for an abortion beyond 20 weeks.

According to the Indian Express, the family approached the district court for permission for the child to have an abortion some time in the first part of July. In line with practice in such cases, on 15 July the judge ordered a medical board of experts from the Government Medical College and Hospital (GMCH) to examine the girl and submit a report on the feasibility of an abortion for the girl.

An obstetrician-gynaecologist at GMCH who was a member of the medical board reportedly said: “We informed the district court that there are high chances of physical trauma [from an abortion].” A psychiatrist, who was also on the board, said that “the girl did not understand that she was pregnant or the implications of being pregnant”. He was also quoted as saying: “Since [her] pregnancy is in an advanced stage, it is a matter of saving two lives. Let the Honorable Supreme Court take a call now on the matter.”

Yet another GMCH doctor, described as “familiar with the case” reportedly said: “The case can no longer be considered for abortion. It has to be considered as a premature delivery now.” Concern was variously expressed about the outcome for the girl, whether from having the baby or an abortion, as she had had surgery for a hole in her heart three years ago. Nor are the baby’s chances of survival after a premature delivery at all clear. It was mentioned, but it is not clear from the news reports how much account was taken of the fact that the girl’s pelvic bones are also not fully developed, so that a delivery at term would be a risk to her life.

Yet on 18 July the judge refused permission for an abortion, based he said, on the GMCH doctors’ report.

On 22 July, a Delhi-based lawyer, Alakh Alok Srivastava, filed a Public Interest petition in the Supreme Court, seeking termination of the girl’s pregnancy “in the interests of justice, equity and good conscience”. The petition quotes a Dr Umesh Jindal, a gynaecologist and member of the American Society for Reproductive Medicine, who advised that the “peculiar facts and circumstances” of the case suggest the girl should undergo an abortion to save her life. What exactly was considered peculiar is not clear. The petition was heard on 24 July and the court ordered yet another medical examination of the child.

Indian law bans abortions beyond 20 weeks unless there’s an immediate threat to the pregnant woman’s life. Surely this is such a case. However, even if there is a grave risk to the pregnant woman’s health (but not to her life) it is not deemed sufficient to overrule the 20-week ceiling. So the medical board’s report and the district judge’s decision are based on an interpretation of the extent of the risk.

Srivastava has urged the Supreme Court to direct the Union Health Ministry and other departments concerned to bring the girl to Delhi and have her examined by yet another medical board, preferably formed of doctors from the All India Institute of Medical Sciences. This is necessary given the law but will of course delay the case even longer.

Srivastava has also demanded an amendment to Section 3 of the Medical Termination of Pregnancy Act, 1971, allowing abortions beyond 20 weeks in exceptional cases, particularly those involving child rape survivors, after obtaining opinion from appropriate medical boards. He has further requested the court to frame guidelines for the establishment of permanent medical boards in every district to facilitate quick decisions on abortions beyond 20 weeks and the arrangement of the best possible medical facilities.

An excellent article by Sanchita Sharma in the Hindustan Times argues cogently, based on the facts surrounding pregnancy in a small child and the risk of morbidity and mortality, that a 26-week abortion will always be safer than giving birth for ten-year-old raped girl. Although many people may not realise it, girls may start menstruating and ovulating and become pregnant as early as age 9, but a women’s pelvic bones, which must support a growing uterus and baby, do not fully widen to create a birth canal for the child during delivery until at least the late teens. The result can be prolonged labour, sometimes for days, as well as high blood pressure, strain on the heart, severe bleeding after childbirth, fistula, infections and other complications leading to a dead pregnant girl and a dead baby, neither of whom can survive the trauma.

In India, she reports, “45,000 healthy adult women die giving birth each year – that’s five deaths every hour of the day and night. The risk of pregnant girls under the age of 15 years dying is two and a half times greater than that for women above age 20. If the pregnant child is a 10-year-old child, the risk is compounded.”

She goes on to describe existing legal precedents of Courts ruling in favour of aborting advanced pregnancies in raped minors – cases of a 14-year-old in 2015 and a ten-year-old in 2017. But there have also been judgments denying abortion to raped girls in late stages of pregnancy, including one in June 2017.

Importantly, she says, “since India’s MTP Act became law in 1971, technological advances in medicine have made abortions safe at very late stages of the pregnancy, which prompted the Union Health Ministry to propose raising the legal limit for abortion from 20 weeks to 24 weeks for ‘vulnerable’ women such as rape and incest survivors, and setting no upper limit in cases of ‘substantial fetal abnormalities’.” The word ‘married’ was also supposed to be removed, opening the possibility for all women to access safe abortion services since contraceptive failure, already a legal ground, can happen to everyone. Perhaps the Prime Minister’s Office has asked for even more liberal changes to the bill along all these lines. We can only wait and see.

Meanwhile, at the top of the government, the Prime Minister’s office has sent the bill to amend the law that has been gathering dust on a shelf since 2014 back to the Health Ministry for changes, making its future uncertain.

With all the palaver in the news and doctors passing judgment and playing god in front of the media, the girl and her parents seemed all but forgotten. Only one report mentioned that the mother said: “What does she know, she is only 10 years old. She doesn’t understand all this, she has no idea about her pregnancy. Our plight has become public news… we didn’t want that. We just want her to be healthy and happy. We don’t need any help, we are okay alone. Her father doesn’t want us to talk or say anything about her. He is a broken man since we found out,” said the mother, her eyes brimming with tears.

As Sanchita Sharma said: “Rape survivors need closure. Forcing them to carry their abuser’s fetus when they can safely abort is both cruel and unreasonable.”

And this is only one reason why many in India just go for an illegal abortion, putting themselves at risk in a different way, given the reality of what one article called “judicial hit-and-miss”.