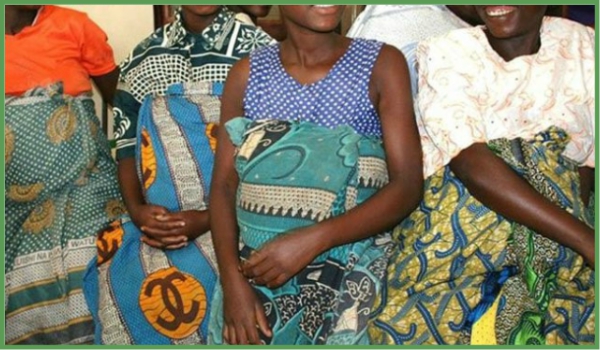 When Ms Mapingure was raped during an armed robbery in 2006, she never imagined that events of that fateful night would haunt her for the rest of her life. Soon after the incident she reported the matter to the police so that she could be assisted to get medical assistance to stop her from conceiving. They referred her to the hospital where the medical personnel on duty refused to “drain the sperms from her body”. A few weeks later, she discovered she was pregnant. Several visits to the magistrate’s court to seek legal recourse and have the pregnancy terminated did not succeed either.

The Termination of the Pregnancy Act (1977) allows rape victims to abort on the grounds that the intercourse was unlawful. But by the time a certificate was issued, it was six months later, too late for her to terminate the pregnancy. She had the baby against her will. The majority of women in Zimbabwe often resort to backstreet and illegal abortions.

The 1977 Act is yet to be aligned with existing laws in the Constitution that now have provisions to ensure women have a right to reproductive health. According to the 1977 Act, it is illegal to terminate a pregnancy unless it has been sanctioned by Government authorities such as a court, which has to confirm that the intercourse was unlawful. Meanwhile, unsafe abortions are a major public health concern in Zimbabwe. According to Dr Bernard Madzima, Director of Family Health, Ministry of Health and Child Care, abortion complications are putting a strain on the weak health sector. Even those who have a right to a legal abortion cannot get them, he says, owing to long bureaucratic practices both within the judiciary and the health sector.

Despite this, he says “the Health Ministry offers post-abortion care in all its health centres. Women who would have aborted illegally can access post-abortion care and no questions are asked. We remain committed to strengthening family planning services.” However, he also claims that “the conversation around abortions is not a health ministry’s issue, but a societal one, which needed to be addressed as a matter of urgency.”

Katswe Sistahood’s director Ms Talent Jumo has called on the government to review the 1977 law and decriminalise abortion: “We are not talking about single, but multiple abortions, as women and girls find themselves in untenable situations, leaving them with no choice but to abort on several occasions.” She said it was sad that instead of being a legal matter, termination of pregnancy in Zimbabwe is a class issue. “Backstreet abortions often occur in impoverished communities, by girls and women with limited resources, whilst parents who live the other side of Samora Machel actually fly their pregnant children to neighbouring countries for safe termination of pregnancy,” she said.

Women’s Action Group executive director Mrs Edna Masiyiwa said women should be pro choice on reproductive health issues. She called on the public and stakeholders to start talking about abortion in Zimbabwe and its implications for maternal mortality.

Speaking soon after the judgement in the case of Ms Mapingure, Ms Abigail Matsvai from the Zimbabwe Women’s Lawyers Association brought to the fore the need to amend the Termination of Pregnancy Act to be clear on the needs of both survivors of sexual violence and that of ordinary women to ensure that their rights to sexual and reproductive health issues were not violated, as enshrined in Section 76 (1) of the Constitution, which confers on every citizen and permanent resident of Zimbabwe the right to basic health care services, including reproductive health care services.