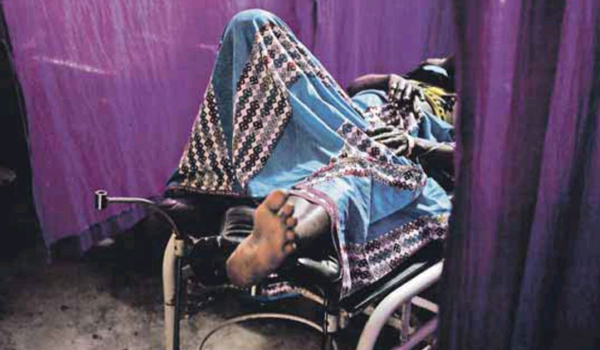 Backstreet abortions are still being done in Zimbabwe using knitting needles, spoons, dishwashing liquid, dangerous pills and concoctions. They are putting the lives of hundreds of women at risk. A lot are dying and suffering in silence, while others do not seek medical help until it is too late.

There are more than 60,000 unsafe abortions each year, half of them in adolescents. 16% percent of maternal deaths are due to unsafe abortions. The 2016 national adolescent fertility study by the Zimbabwe National Family Planning Council, showed that 9% of adolescents aged 10-19 years had fallen pregnant.

The Zimbabwe Sunday Mail conducted an in-depth investigation of backstreet abortions this month.

The first young woman they spoke to, aged 19, lives in a high-density Harare suburb. She was nearly four months pregnant when she went for a clandestine abortion. She said she was first given misoprostol, then they used forceps to open her cervix, and dug the fetus out using a spoon and a knitting needle. The pain was excruciating. She was haemorrhaging and almost bled to death, and was found by friends. She said she is still bleeding, and emits an unpleasant smell.

“Street doctors” and traditional healers who trade at the famous Mupedzanhamo Market in Mbare and said to be the chief suppliers of concoctions, which they believe completely terminate pregnancies. They also work with unscrupulous doctors, bringing together a coterie of operatives and runners from the major hospitals. At the same time, some doctors at Zimbabwe’s major referral hospitals are facilitating the unlawful termination of unwanted pregnancies using prescription drugs.

Tablets known as “chigeza mudumbu”, popularly believed to be misoprostol, have flooded the market. Runners and middlemen such as traditional healers, “street doctors”, accredited health practitioners and even hairdressers, are said to be cashing in on the growing demand. Sources said health practitioners from public hospitals are major players. Some are even renting apartments where abortions take place. If something goes wrong, the patients are smuggled into health centres for treatment.

One dealer said they used pills such as misoprostol to induce pre-term labour and abortion. They get the pills from doctors and pharmacies at a cheap price and resell for high prices. Abortions at private clinics are said to cost from US$150-$300. Sometimes illegal providers overdose women, giving them mixtures of laxatives, aspirin and other medications. At times, they remove the fetus using household equipment like wire hangers and fire tongs. Once they have taken money, they usually disappear.

Women and girls are resorting to illegal abortions because of poverty, according to the Family Health Director, Health and Child Care Ministry, Dr Bernard Madzima.