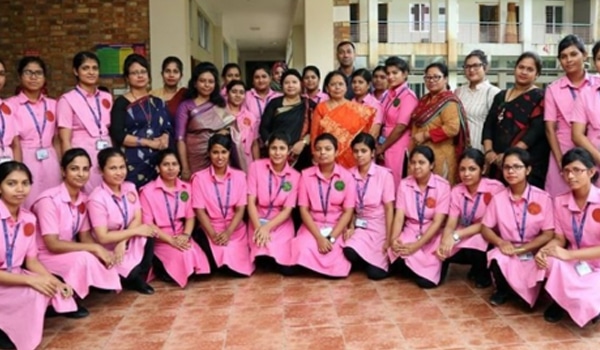 In the US Supreme Court, all decisions are announced by June 30 and usually on Mondays, so we are advised that 29 June will probably be the date when the Supreme Court either sells abortion down the river or rules in support of women’s rights and the rule of law. Apparently, the Court often saves its most controversial rulings for the end of term (it does not meet in July /August).

In an unmissable article in the New York Times, written on 21 June in anticipation of the decision, journalist Lauren Kelly asks: “What if the Supreme Court Rules on abortion and the country shrugs?”

The case is called June Medical Services v. Russo. It could lead to the shuttering of clinics across not just the state of Louisiana but also large parts of the country. The worst-case scenario is that abortion clinics would no longer be able to bring lawsuits on behalf of their patients, as has been common for decades. Instead, plaintiffs would have to be individual pregnant women who have been turned away from getting an abortion, who even if they had the resources to wage a legal battle, it would almost certainly not be resolved in time for them to actually get an abortion.

Kelly points out, however, that this ruling has had relatively little attention, even among those who care about reproductive freedom. “We’re worn down,” she writes.” By the pandemic, by racist police violence, by so much else that’s roiled 2020 — but also by years and years of abortion battles just like this one.”

Kelly was at the Court and listened to the arguments in March 2020. This case, she says, is almost identical to a Supreme Court case that went to the Court from Texas in 2016, Whole Woman’s Health v. Hellerstedt. Both dealt with identical anti-abortion laws. The main difference was that the Supreme Court has a few more anti-abortion justices on the bench today.

Kelly writes: “The liberal justices’ exasperation over this fact was palpable in the courtroom in March. At one point, Justice Breyer, who is 81 years old and has been on the Court for more than a quarter-century, confirmed with the lawyer arguing on behalf of abortion rights that aspects of the case could “require either directly or indirectly overruling eight cases of this court.” What was left unspoken came through clearly in person: “Give me a break. We’re not going to throw out decades of abortion rulings here, are we?”

“More than once, Justice Sonia Sotomayor interrupted the lawyers for Louisiana with an incredulous “I’m sorry” – in a tone that seemed to speak more to her sense of disbelief than matters of pure etiquette. Justice Ruth Bader Ginsburg was fierce and sharp as always, once again defending the rights that have been her life’s work. It must be said, though, that it was frightening to see the then 86-year-old, who’d recently fought pancreatic cancer, so small and frail as to be nearly hidden by the bench.”

Nancy Northup, head of the Center for Reproductive Rights, said that the 2016 Court saw no medical purpose for the Texas law. It was an underhanded tactic, in essence, to shut down clinics, and it would have harmed women by closing half the clinics in Texas. So the Court rejected it. Why should an identical law have to be re-litigated when the Court had already decided it four years before?

We can only hope that the Court doesn’t sell its own credibility down the river this time, taking women’s lives with it. SOURCES: New York Times, by Lauren Kelley, 21 June 2020 ; NPR, Interview with Nancy Northup, by Scott Simon, 20 June 2020 ; VISUAL by CNBC, 6 May 2020 ; Thanks to Susan Yanow