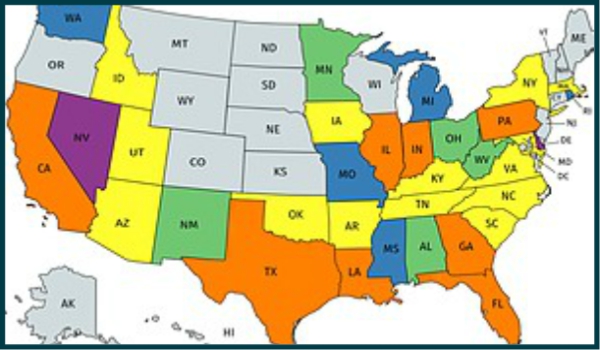 This is the first comprehensive paper about the criminalization of self-induced abortion in the USA and efforts to eliminate threats, while increasing protections, for people who end pregnancies outside the formal healthcare system. It includes a chart listing problematic laws state by state, maps highlighting the places where people who self-induce abortion are most at risk of an unjustified arrest, excerpts from relevant statutes, and case summaries. The report concludes with recommendations for efforts to liberate non-clinical abortion from the constraints of misunderstanding and the restraints of criminalization.

The US Supreme Court decision in Roe v. Wade 1973 failed to decriminalize abortion fully. Since 1973 at least 18 people have been arrested – and some even jailed – for ending their own pregnancies. These investigations and arrests are spread across the country. One thing is consistent through all of these cases: when a prosecutor wants to punish someone, they will find a way to do it. Although Roe did not authorize criminal prosecutions for self-inducing an abortion, women are vulnerable to prosecution under a patchwork of antiquated criminal self-abortion bans, ambiguous “unborn victims of violence” laws, and other criminal laws prone to misuse by prosecutors.

The combination of politically motivated prosecutors and judges, attempts to give embryos legal rights, and efforts to outlaw abortion have led to a contemporary justice system primed to punish those who have abortions. For example, states with laws that directly criminalize self-induced abortion include Arizona, Delaware, Idaho, Nevada, New York, Oklahoma, and South Carolina.  All are laws that have been retained from before Roe v. Wade. Two states implicitly allow homicide charges against those who end or lose their pregnancies.

The Self-Induced Abortion Legal Team says it is time to eliminate the threat of prosecution from US state laws, so those who are pregnant can fully enjoy their human rights to non-discrimination, self-determination, security of the person, health, and to be free from cruel, inhuman, or degrading treatment.